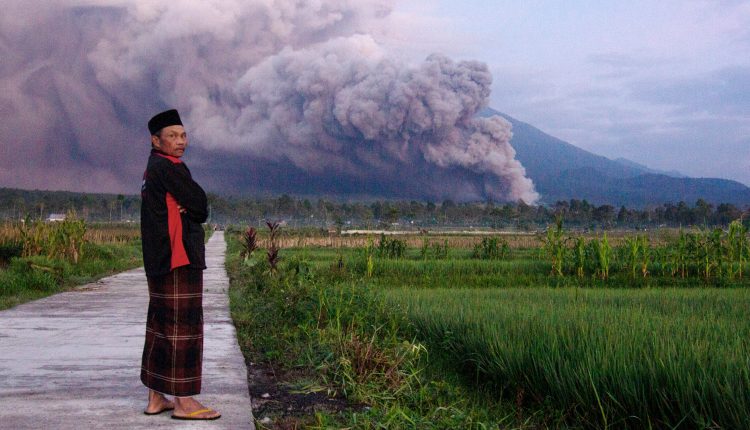 Exactly one year after the last eruption, Semeru on the Indonesian island of Java is spewing lava and ash again. People should avoid the area over a large area, the highest volcano warning level applies.

The Semeru volcano on the Indonesian island of Java has erupted again. Ash was ejected more than 1,500 meters into the air, and hot gas and lava flowed down the volcano’s slopes towards a nearby river, the Civil Protection Agency said. Monsoon rains have caused erosion on the 3676 meter high volcano, which has led to the eruption.

The map shows Indonesia with Java and Semeru, the country’s highest volcano.

It is not yet known whether there were injuries or deaths. According to the Center for Volcanology, the danger zone was expanded due to increasing volcanic activity on Sunday afternoon (local time). Residents were therefore asked to keep a distance of eight kilometers from the crater of the volcano. They should also stay away from the southeastern area on the Besuk Kobokan River, which is about 13 kilometers from the crater.

There are 129 active volcanoes in Indonesia

Semeru is the highest volcano on Java, the most densely populated island in Indonesia. It is about 800 kilometers southeast of the capital Jakarta. Its last major eruption was on December 4th a year ago. At that time 51 people were killed. Because of the outbreak, more than 10,000 villagers had to be brought to safety.

In Indonesia, 129 active volcanoes are under observation. The archipelago is located in an area of ​​the Pacific Ocean prone to earthquakes and volcanic activity. At the end of November, a severe earthquake shook Java, killing hundreds of people. On Saturday, media reported another earthquake on Java.