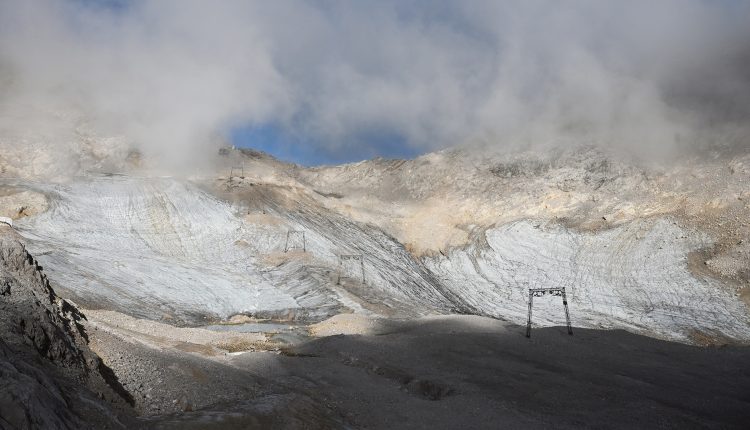 The glaciers in the Alps are currently melting faster than ever before. One reason is the current heat wave. But the decisive factor this year is different: the Sahara sand.

The heat wave in Europe is not only affecting people, it is also having a serious impact on the glaciers in the Alps. They’re melting faster now than at any time in history. “2022 will go down as a record year, that’s for sure,” emphasizes glaciologist Olaf Eisen from the Alfred Wegener Institute, the Helmholtz Center for Polar and Marine Research. “The only question is: How much worse will it be than in the previous record year 2003?”

Sahara dust as the biggest problem

In addition to a winter with little snow in many places and a dry and hot summer, experts see one main problem in particular: the Sahara dust, which was deposited red-brown on the glaciers, especially when it appeared in March. “As a result, the snow melts away much faster,” explains Christoph Mayer from the Bavarian Academy of Sciences.

The reason: when solar radiation hits a bright snow surface, 90 percent is reflected. However, the dust is darker and thus absorbs much more energy, which it then gives off as heat to the snow. In addition, the dust also heats up to higher temperatures than snow and sticks so firmly to the moist snow that the wind cannot carry it away either.

According to Mayer’s measurements, the melt throughout the Alps this year is probably around 50 percent stronger than in an average year.

First glacier could disappear this year

There are still five glaciers in Germany, they are all in Bavaria. These are the northern and southern Schneeferner and the Höllentalferner, all three of which are on the Zugspitze massif. In addition, there is the blue ice and the Watzmann glacier in the Berchtesgaden Alps.

Last year, a panel of experts reduced its forecast of the remaining time for the glaciers from 30 years to just around ten years – but now it could be even faster. The southern Schneeferner will be the first to disappear. “It has melted down and shrunk extremely. It could even be that by the end of the year it will already be over, there is almost nothing left,” says Christoph Mayer from the Bavarian Academy of Sciences.