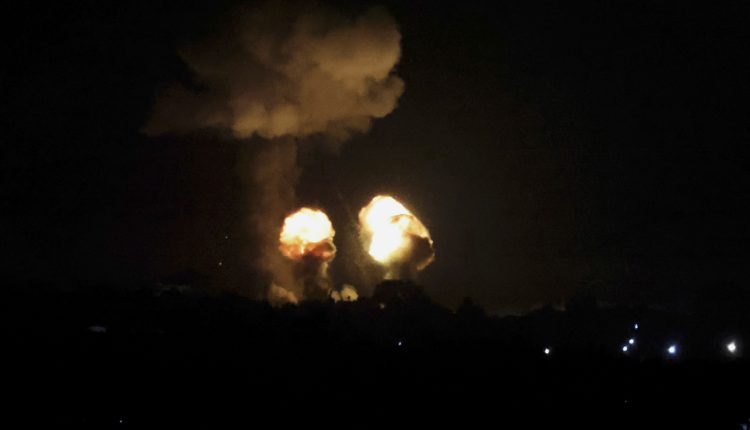 After rocket fire from the Gaza Strip, Israel has bombed several targets of the radical Hamas. Apparently no one was injured. It was the first rocket attack in a month.

For the first time in a month, a rocket has been fired from the Gaza Strip at the Israeli border area. Israel responded with counterattacks. Apparently no one was injured by the bombardments from either side.

The rocket attack from the Gaza Strip happened on Saturday evening. According to the Israeli Air Force, no damage was caused. It is still unclear who is responsible for the shooting.

In response, Israel launched air strikes on several targets, including a Hamas arms factory. The majority of the rockets used by the radical Palestinian organization are manufactured in this factory. A Hamas tunnel in the southern part of the Gaza Strip and a military post belonging to the organizations were also fired upon.

The AFP news agency reported, citing Palestinian security circles, that there were no injuries or damage to property during the attacks by the Israeli air force.

Deaths in raid in West Bank

Violence between Israel and Palestinians has escalated sharply in recent months, particularly in the West Bank. The Israeli military has repeatedly carried out raids in the West Bank in recent months, most recently on Thursday night. Two members of the militant Palestinian organization “Islamic Jihad” were killed, as the group itself announced. She then threatened Israel with retaliatory strikes.

According to United Nations figures, at least 145 Palestinians and 26 Israelis have been killed in the West Bank and Israel this year. This is the highest number of victims since 2015.