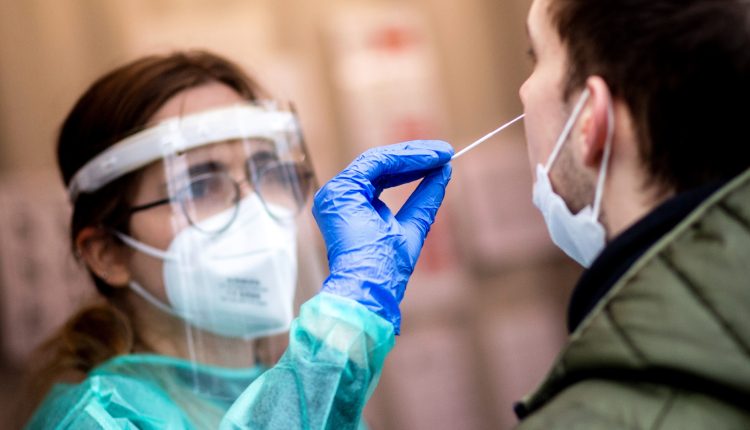 The health authorities in Germany report an increase in the seven-day incidence of almost 50 percent within a week. However, it is still unclear whether this indicates the beginning of a new wave of infections.

The number of officially recorded new corona infections in Germany has recently risen sharply. The Robert Koch Institute (RKI) gave the nationwide seven-day incidence at 409.9. A week ago there were 281.1 reported new cases per 100,000 inhabitants within seven days. According to this, the seven-day incidence increased by 46 percent within a week.

It is still unclear whether the increase is the beginning of a new wave. Federal Health Minister Karl Lauterbach (SPD) and RKI President Lothar Wieler want to comment on the situation on Friday.

In general, the officially reported case numbers only provide a very incomplete picture. On the one hand, because the severity of the respective diseases and the burden on the clinics are also important for a situation assessment. The RKI wants to provide information on this in its weekly management report.

On the other hand, the basis for calculating the incidence is laboratory tests, which are now being carried out less frequently than in previous phases of the pandemic. By far not all infected people still have PCR tests done – but only these are taken into account in the statistics. In addition, late registrations or transmission problems can lead to a distortion of individual daily values.

94 deaths registered within one day

There are still clear regional differences in the reported new infections. According to the RKI, the lowest seven-day incidences are currently in Hamburg at 163.8 and Berlin at 243.3. The highest numbers are in Saarland with 628.3 and Bavaria with 503.2. Last were in the Free State in the state capital Munich after the start of the Oktoberfest the corona numbers have skyrocketed.

The health authorities in Germany recently reported 78,863 new infections to the RKI – after 56,978 new infections were reported in the previous week. In addition, 94 further deaths were registered within one day – in the previous week there were 106. A comparison of the data is also only possible to a limited extent here due to the test behavior, late registrations or transmission problems.

The RKI has counted 33,216,006 proven infections with SARS-CoV-2 since the beginning of the pandemic. The actual total number is likely to be significantly higher, as many infections go undetected.