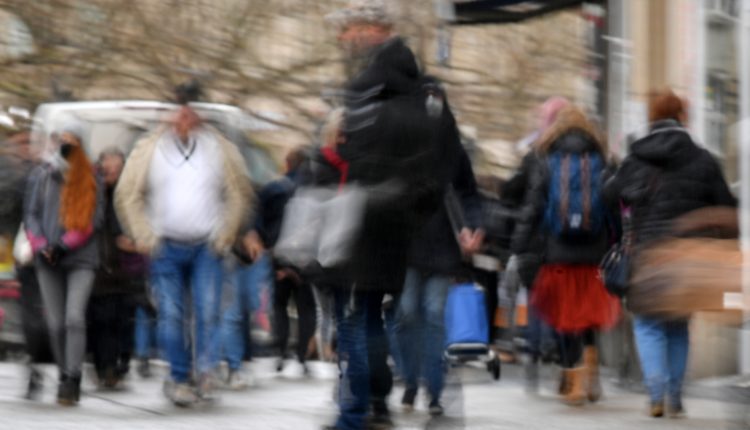 The omicron variant of the corona virus has long since had Germany under control – and the number of unreported infections seems to be increasing. The focus of the RKI is no longer just the recording of new infections.

In view of the skyrocketing number of new omicron infections, the Robert Koch Institute does not see every infection being measured, but rather the burden of the disease in focus. For the current assessment of the situation, “the focus is not on recording all infections caused by SARS-CoV-2, but on the development of the number and severity of the diseases,” as the new RKI weekly report shows.

Even if not every individual case is recorded in the reporting system, additional estimates made possible “a reliable assessment of the overall development of the epidemiological situation” in Germany, it said.

Frequency of doctor visits a factor

Specifically, the experts have recently published estimates of those infected with Covid 19 symptoms of various degrees of severity in the weekly report. Specifically, there are also estimated values ​​for cases below the hospital admissions threshold, such as the frequency of doctor visits: In the week to January 23, this was 280 per 100,000 inhabitants, in the previous week it was 178 according to the RKI.

For the third week of the year, it was also estimated “that around 1.3 to 2.3 percent of children and adolescents up to the age of 14 and 0.6 to 1.3 percent of the population aged 15 and over contracted Covid-19 with symptoms of a acute respiratory disease”. This information comes from various sources, such as information from the population.

The background to the temporarily incomplete registration of infected people is, among other things, test and registration capacities that are increasingly reaching and exceeding their limits. According to the RKI, the health authorities reported more than 200,000 new corona cases in one day for the first time on Thursday, and the seven-day incidence broke the 1000 threshold.

The current wave is reflected more and more clearly in laboratory capacities, for example. According to the Association of Accredited Laboratories in Medicine (ALM), which relied on data from around 180 laboratories, around 2.4 million of the particularly reliable PCR tests were carried out last week. Every third finding was positive. The utilization of the laboratories was therefore on average nationwide at 95 percent.

According to the RKI publication, the proportion of the omicron variant, which has long been dominant in Germany, has recently increased further. In the reporting data from the federal states, it was 96 percent last week. In view of this very widespread use, the additional benefit of variant-specific PCR tests is “limited”, it said. Because of the limited test capacities and the sharp increase in the number of cases, it makes sense to give preference to PCR tests for diagnostic purposes.

Due to the rapid spread of omicron, many experts expect numerous new patients in the clinics. The head of the Divi intensive care register, Christian Karagiannidis, said that intensive care units are currently seeing a sideways movement. However, due to the mostly less serious courses at Omikron compared to Delta, experts fear an increasingly greater burden for normal wards.

In the weekly report, the experts from the RKI once again point out that the Covid 19 situation is currently extremely tense and reiterate their vaccination appeals. “Due to the very rapid increase in diseases, there is a risk of overloading the health system and possibly other areas of care,” they warn. Compliance with the known protective and hygiene measures and the consistent reduction in contact remained crucial.