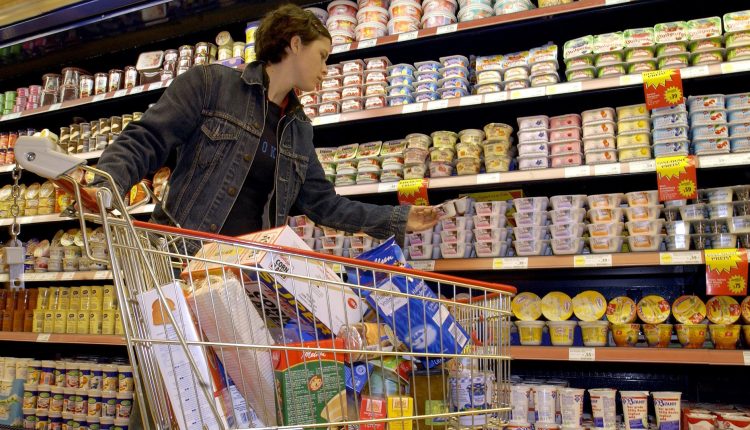 The reluctance of consumers because of the high inflation is causing problems for German retailers. Adjusted for price increases, their revenues have recently fallen – except at the gas stations.

In August, German retailers suffered from inflation-plagued consumers’ reluctance to buy, especially when it came to saving on groceries. Thanks to price increases, sales in August of the current year increased nominally both compared to the previous month (plus 0.1 percent) and compared to the same month last year (plus 5.4 percent), as calculated by the Federal Statistical Office.

Adjusted for inflation (real), however, according to the Wiesbaden authorities, revenues in the industry fell by 1.3 percent from July to August 2022. Economists surveyed by Reuters had only expected a decline of 1.1 percent. Compared to August of the previous year, there was even a real minus of 4.3 percent.

Germans save especially on daily food

Consumers were noticeably reluctant to buy groceries in particular: here the retail trade recorded a real decline in sales of 1.7 percent compared to the previous month and even 3.1 percent compared to the same month last year. “This means that food retail sales are at their lowest level since January 2017,” according to the statisticians. “Consumers are tightening their belts,” said the chief economist at VP Bank, Thomas Gitzel. “The food retail trade is currently getting the full breadth of inflation. Citizens are saving on their daily food.”

There were also real declines in sales in the trade in textiles and shoes, in household appliances and building supplies, as well as in internet and mail order business. Many people have significant reserves because they were not able to travel or shop as much during the corona pandemic. But the recent extremely high prices – for example for energy – are slowing down consumption.

“Step on the exit brake”

In September, the inflation rate reached 10.0 percent, its highest level in decades. And an end is not yet in sight. According to its latest survey, the Munich-based ifo Institute expects prices to continue to rise in Germany, as more and more companies want to pass on the high prices. In the food trade, for example, all the companies surveyed are planning to raise prices.

The experts at the Kiel Institute for the World Economy (IfW) even assume that purchasing power will fall by 4.1 percent in the coming year – and thus more sharply than ever before in reunified Germany. As a result, private consumption would shrink well into the coming year.

The prospects for the retail industry therefore remain gloomy. “High prices for energy and everyday goods as well as rising interest rates will continue to weigh on consumption,” said Alexander Krüger, chief economist at Hauck Aufhäuser Lampe Privatbank AG. “When looking into their wallets, many consumers will continue to put the brakes on spending.” It is not to be expected that state relief will bring about a change in mood.

Consumer mood worse than ever – except at gas stations

A few weeks before the start of the Christmas business, the consumer mood among Germans is worse than ever. The monthly barometer of the German Retail Association (HDE), which is determined by a survey of 1,600 consumers, fell in October for the third month in a row and reached a record low of 84.14 points. “Increasing living costs and high energy costs are significantly dampening consumer spending,” the HDE explained the negative development.

According to the Federal Office, this is the largest increase in sales from both perspectives since the start of the time series in 1994. The federal government introduced the tank rebate from June to August to curb inflation.