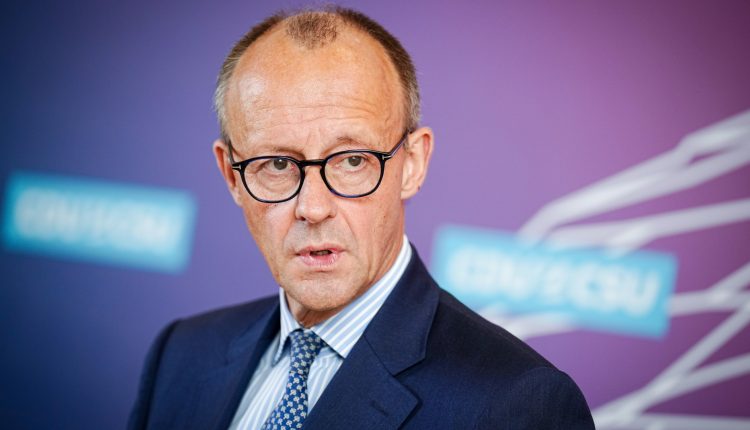 CDU party leader Merz has described the traffic light coalition’s plans for gas and electricity price brakes as “too short of breath” and “short-term”. In addition, he stated in Report from Berlin Reservations about the reform of the citizenship law.

The CDU party chairman Friedrich Merz has Report from Berlin sharply criticized the traffic light coalition’s brakes on gas and electricity prices: “We did indeed receive so-called reprints on Friday. These are additions to the annual tax law, which will be on the agenda for next week. Expert hearings are still pending at short notice. Everything is very, very short-term, very short of breath. And the first statements we saw over the weekend are ‘unconstitutional’,” said Merz. The law was knitted with a “very hot needle”.

It is completely open whether the legislative process will really come to a sensible conclusion, it has only just begun.

Merz said a lot was still unclear, nobody could explain it. And much of what the government is planning now has not yet been approved in Brussels.

Merz does not see Union to blame for the delay

He denied that the delay was due to the Union. “We’ve been telling the coalition for months that we’d like concrete proposals now. They’ve been available since last Friday, so it’s only been 48 hours.” The law must also be passed by the Federal Council, which is not trivial and must be carefully examined.

Merz went on to say that one would have to get used to the fact that prices would remain at a “very high level”. It will take a while until you are in normal times.

Regarding the reform of citizenship law, Merz expressed reservations about the coalition’s handling of the issue. In his view, dual citizenship should be “not the norm, but rather the exception”. German citizenship is something very valuable and one has to be careful with it.

The possibilities of immigrating into the labor market have been expanded in recent years, Merz continued:

What we have to prevent is immigration into the social systems, and if that is the goal of the coalition, then of course we will not agree to it.

Regarding the statements in the SPD that the citizenship law was not “squandered” – as accused in the Union – but “dusted”, Merz replied that one had a very modern immigration law. Currently, someone can get citizenship after five to eight years. Other countries have much longer deadlines and much higher requirements, according to Merz. He therefore sees no need to “dust off” the right.

If there is a need for improvement, the Union will not close itself off, added the parliamentary group leader, emphasizing that “a very hands-on granting of German citizenship is not our opinion and we would not agree to that either”.