Repatriation from Syria: Germany is bringing back IS supporters 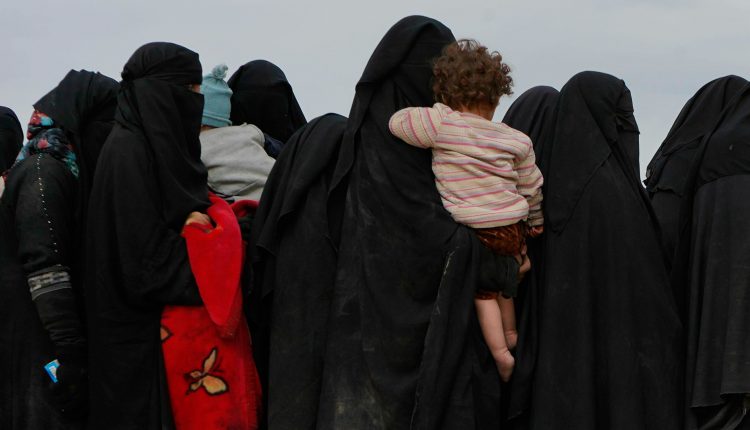 Today the federal government brought eight German IS supporters and their 23 children from a Syrian prison camp to Germany. Arrest warrants have already been issued for some of them.

According to information from NDR and WDR The return transport was preceded by months of secret negotiations between German diplomats and representatives of the Kurdish self-government in northeast Syria. The Foreign Office initially did not want to confirm the repatriation, which was coordinated with the Danish Foreign Ministry.

The women are former supporters of the so-called Islamic State (IS) from Bavaria, Hesse, North Rhine-Westphalia, Hamburg, Lower Saxony and Berlin. You traveled to the conflict region in 2014 and 2015 and joined the terrorist militia. How many of the women will be arrested after landing in Germany was initially unclear. For some, however, there has been an arrest warrant for a long time.

For years, father fought to get his daughter back

Apparently there is also a woman from Hamburg among them. Her case made headlines nationwidebecause she took her then three-year-old daughter A. to Syria without informing the child’s father. The father, Danish F. from Hamburg, is therefore all the more pleased that his now eleven-year-old daughter is returning to Germany, as he announced on request. He has not seen her since 2014. “This is currently a jumble of emotions. Of course you are happy, but of course I also have respect for what is now in front of us,” says F. opposite NDR and WDR.

In the past few years he had protested repeatedly that his daughter had to be returned to Germany as soon as possible. However, a lawsuit against the federal government before the Berlin Administrative Court was unsuccessful.

Not the first repatriation

It is not the first time that the German government has brought former supporters of IS back to Germany with a German passport. There was already such a flight in December 2020 – in cooperation with the Finnish government. At that time there were three women and five children on board.

For a long time there had been discussions in the public and in the federal government about the question of whether and under what conditions German citizens would have to be returned, especially since it is not clear for some whether they have actually distanced themselves from the ideology of the terrorist militia. Last year, in response to international pressure, the Federal Foreign Office’s position emerged that there was a commitment to take back German children and, if necessary, their mothers. This does not apply to men.