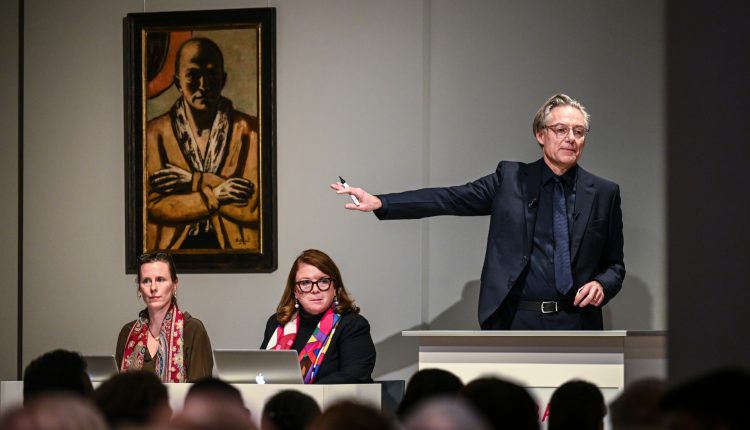 The “Self-Portrait Yellow-Rose” is one of the few self-portraits by the painter Beckmann that was still in private hands. Now it has been auctioned in Berlin for 20 million euros. Such a high surcharge has never been recorded in Germany.

In Berlin, the painting “Self-Portrait Yellow-Rose” by Max Beckmann was sold at an auction for 20 million euros. The Grisebach auction house had previously estimated the work at 23 million euros. A double-digit million surcharge has not yet been listed in Germany, writes that “Handelsblatt”.

“20 million euros is the highest price that has ever been offered for a painting,” said auctioneer Markus Krause at the end of the auction. The auction started at 13 million euros. According to the auction house, 23.2 million euros have to be paid with the additional costs.

Painted in exile in Amsterdam

The painting is considered a masterpiece of German Expressionism. It comes from a Swiss private collection. Beckmann painted it in 1943 during his exile in Amsterdam and gave it to his wife Mathilde Kaulbach, who kept it until her death in 1986.

The painter and sculptor is one of the most important artists of the 20th century. He was born in 1884 and died in New York in 1950. After the National Socialists came to power in Germany, he emigrated. His painting “Hell of the Birds” is considered one of his most important anti-Nazi statements. In 2017 it was auctioned at Christie’s in London for 41 million euros at the time.