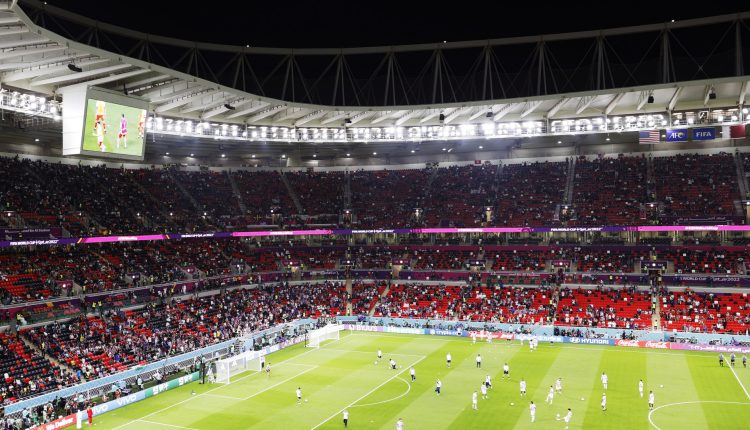 Abrupt reversal in the discussion about rainbow colors in the World Cup stadiums: Qatar gives up its negative attitude and allows the symbolic colors of the LGBTQ+ community from the second day of the preliminary round.

World Cup hosts Qatar will abandon their restrictive stance on rainbow colors in stadiums. With the start of the second round of the group phase on Friday (November 25th, 2022), supporters who document their support for the LGBTQ+ community with shirts, bandages and similar symbols should no longer be bothered by security personnel.

According to information from the “Independent”, all national associations involved in the World Cup finals have been informed by the world association FIFA about the corresponding assurance from the host.

The Welsh association was the only association to confirm this on Thursday evening (November 24th, 2022) on Twitter, before the group game against Iran (Friday, November 25, 2022, from 11 a.m. live on ARD and in the live stream on sportschau.de) to have received confirmation from FIFA. “All World Cup venues have been contacted and instructed to abide by the agreed rules and regulations,” said the Welshman.

The DFB could not confirm that they had received such an assurance from FIFA. When asked about sports shows, it was said that no such message had been received from the world association by Thursday evening.

In the past few days, stadium visitors have been repeatedly asked to take off their colorful clothes and cover up the corresponding motifs. Qatari security forces also harassed journalists reporting on the World Cup.

Recently, however, not only fans but also politicians such as the German Interior Minister Nancy Faeser had opposed the Qatari restrictions. Faeser wore the “One Love” armband, banned by FIFA, in the stands during the German preliminary round match against Japan.

Protest gesture of the DFB-Elf at the team photo

The German national team had decided not to wear it to protect themselves from possible punishments by FIFA. Instead, the German internationals practiced silent protest with a hand over their mouth during the team photo.