Protests in Iran: “The regime is trying to deter” 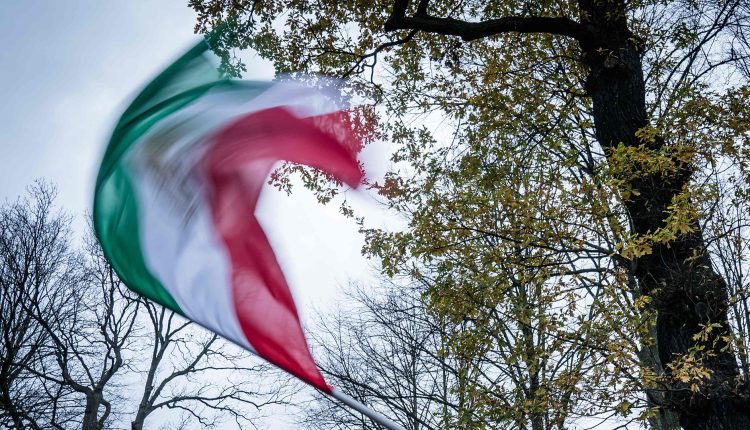 The protests in Iran are not abating. Even family members of the Islamic leadership have sided with the demonstrators. But the regime remains stubborn – the first death sentence has now been carried out.

In the morning, state media in Iran spread the news: 23-year-old Mohsen S. was executed. The death sentence was not pronounced against him until the end of November. The Iranian judiciary accuses him of blocking a road and injuring an emergency worker during the protests.

A show trial, say observers, with no independent defense and no opportunity to appeal the verdict. “The regime is trying to scare people away,” writes a human rights activist on Twitter. “This will not work.”

The executed man accused himself

A state news agency distributed a six-minute video in the morning that is supposed to prove Mohsen S.’s alleged act. The whole thing is accompanied by dramatic music. He himself is the key witness. With visible facial injuries, he makes an alleged confession and shows the knife he claims to have used. Observers assume that the video was made under torture and coercion.

Extorted confessions have in fact been a system in the Islamic Republic for many years, says Arif Keskin, an Iranian-Turkish political scientist:

In the past, members of the opposition have been locked up, tortured and then dragged in front of cameras. That’s what they’re doing with the protesters now. You want to show them as frightened and weak people. As someone who breaks when subjected to enough pressure.

Solidarity instead of mockery for rappers

Just a few days ago, such a video by the well-known rapper Toomaj Salehi appeared. He was arrested and imprisoned at the end of October. In his songs he repeatedly criticized the regime. In the video now published by a news agency that is considered the mouthpiece of the powerful Revolutionary Guard, Salehi apologizes.

But there is no mockery to be heard on the Internet, on the contrary. People stand behind the artist, many refuse to redistribute the elaborately staged video and instead share the rapper’s music videos. “The regime only achieves the opposite of what it wants,” Keskin believes:

People see it as the weakness of the regime trying to prevent its downfall. And Toomaj Salehi is worshiped even more now.

Salehi could also face the death penalty, and several solidarity campaigns are running internationally. At least eleven people are said to have been sentenced to death in the course of the current protests. Human rights organizations estimate the number of demonstrators killed by emergency services on the streets at more than 450 and the arrests at over 18,000.

Nevertheless, many people in the country continue to take to the streets. Most recently, dealers and some industrial companies took part in a nationwide three-day strike. According to a human rights organization, entire cities in Kurdish provinces took part. According to estimates by eyewitnesses, more than 60 percent of all shops and restaurants in the capital Tehran initially remained closed. Some reopened the following day, probably for fear of consequences.

Attempts at intimidation by the police and militias

Of the ARD several traders and a café owner, who all wish to remain anonymous, report massive attempts at intimidation by the police and militias:

They openly threatened us: If we let the shop open, they would close our café completely. But I am responsible for my employees.

A trader says: “I have a family to feed. That’s why I show my solidarity and protest on the street after work.”

Meanwhile, a letter from Supreme Leader Ali Khamenei’s sister made headlines. In it, Badri Hosseini Khamenei condemned her brother’s leadership. “I think it’s time to state that I am against the actions of my brother,” it said. “I offer my condolences to all the mothers who have suffered from the crimes of the Islamic Republic up to the current era of Ali Khamenei’s tyrannical Caliphate.”

Badri Hosseini Khamenei lives in Iran, the letter was published on the Twitter profile of an exiled brother. There has been no public reaction from Ali Khamenei so far. At the end of November, his niece called for Iran’s international isolation in a video message. Like all regime critics, she was arrested as a result.

EU-Ukraine Summit: Lots of support but no accession date