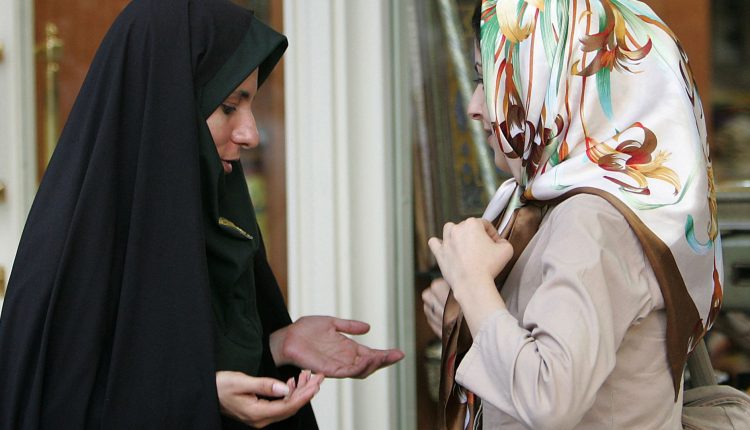 As protests continue in Iran, the controversial vice squad has apparently been disbanded. This is reported by several media in the country, citing the Iranian Attorney General. The citizens suspect behind it a diversionary maneuver.

According to the Iranian Attorney General, the country’s leadership has at least partially given in to the pressure from the protests that have been going on since September. Both the daily newspaper “Shargh”, published in Iran, and the Iranian news agency Isna, citing Attorney General Mohammed Jafar Montaseri, reported that the so-called vice police had been disbanded.

“The vice squad has nothing to do with the judiciary and has been shut down by those who set it up in the past,” Montaseri said, according to Isna. The resolution has not yet been confirmed by anyone else. Montaseri also gave no further details, such as how the alleged dissolution should be implemented.

In Iran, members of the Morality Police are primarily responsible for enforcing strict Islamic dress codes. According to these guidelines, women have been obliged to wear a headscarf in public for around 40 years. In addition, they should cover the contours of their bodies with loose clothing. This should serve to “save the country and people from the Western cultural invasion,” quoted the dpa news agency from the regulations. The vice police have existed in Iran since 2005 to ensure compliance with those very requirements.

Amini had also been arrested by the vice squad

The death of 22-year-old Mahsa Amini in September is also believed to be related to the action taken by the vice squad: they arrested the young woman for allegedly violating the dress code.

Amini died while in custody. The exact circumstances of her death are still unclear. Her family has repeatedly stated publicly that Amini died as a result of violence. Iranian authorities, on the other hand, speak of previous illnesses in the 22-year-old, which would have led to her death.

The nationwide protests that have continued since then are primarily directed against the strict Islamic doctrines – the focus is also on the headscarf requirement for women.

Attorney General Montaseri had already commented on the headscarf requirement to the Isna news agency on Friday. “Parliament and the judiciary” would currently deal with this issue. “In a week or two” there could be results of this debate. However, Montaseri left open whether this means a possible change in the law on wearing a headscarf.

Iranian President Ebrahim Raisi spoke on Saturday of the “strong and unchanging values ​​and principles” of the Iranian constitution. However, he added that there are “methods of implementation of the constitution that can be changed”. As recently as July, Raisi had pushed for the headscarf requirement to be enforced “by all state institutions.”

Activists on the Internet have called for further protests in Iran for the coming week, as reported by the dpa news agency. Iranian authorities are attempting to take action against the protest movement by blocking the internet. In addition, the demonstrations are suppressed with sometimes massive violent action. Several countries, including Germany, condemn the violent repression of the protests and have imposed sanctions on Iran as a result.

However, human rights activists assume that the number of fatalities will be significantly higher. The Iran Human Rights group put the number of fatalities at around 470, including more than 60 minors. In addition, more than 18,000 people have been arrested for participating in or supporting the protests. Since mid-November, Iranian courts have imposed death sentences on several participants in the protests.