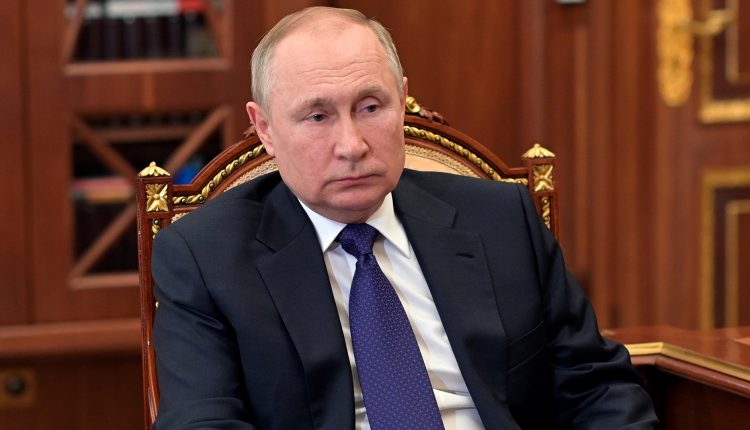 Finland wants to join NATO – a formal government decision is expected on Sunday. Russia’s President Putin warned his neighboring country of this “mistake” in a telephone call.

Finland is making great strides towards possible accession to NATO. The state leadership would like to be accepted into the defense alliance “immediately” and the governing party is also almost unanimously behind membership. But warning signals are coming from neighboring Russia.

On Thursday, Finland’s President Sauli Niinistö emphasized in a statement that he published together with Finnish Prime Minister Sanna Marin: “NATO membership would strengthen Finland’s security.” In doing so, he confirmed his country’s new course: out of decades of military neutrality and into the military alliance.

Niinistö wants to avoid tension over the phone

That Russia does not like such a move – to put it mildly – is hardly surprising. After all, the two neighbors are connected by a border more than 1,300 kilometers long, and even before the Russian invasion of Ukraine began, President Vladimir Putin had repeatedly criticized the eastward expansion of NATO as a growing threat.

That’s why Finnish President Niinistö picked up the phone today – to “avoid tensions,” according to his office. During the conversation, Niinistö made it clear that Finland wanted to work with its neighbor Russia on a practical level. But the President also clearly emphasized that each country must ensure its own maximum security independently of others – as Niinistö Putin explained at the first meeting of the two heads of state around ten years ago. “It’s still the case. By joining NATO, Finland is strengthening its own security and taking responsibility,” the Finnish President’s Office said.

Putin: Finland’s security is not at risk

But Putin sees a possible NATO membership as a mistake that would damage bilateral relations. Finland’s departure from traditional neutrality will lead to a deterioration in the previously good neighborly relations. And Putin declared that Finland’s security was not at risk in any way.

Finland has already had to accept a first cut. The Finnish grid operator Fingrid announced that Russia had stopped its electricity exports. The Russian-controlled energy company RAO Nordic Oy had announced this step shortly beforehand, but justified it with allegedly missing payments from Finland. The company said that no money had yet been received for the quantities of electricity sold since May 6th. It can therefore not pay the bills for electricity imports from Russia.

Finland was calm about the deliveries that had been put on hold. Only ten percent of the electricity required in Finland can be traced back to Russian imports. And according to the Finnish government, these can be offset by deliveries from Sweden.

With the outbreak of the war against Ukraine, a rethink had set in in Finland. In surveys, a clear majority of the population is now in favor of membership in NATO. A change of heart also set in in Sweden. Finland and Sweden aim to submit an application for admission at the same time as possible. Prime Minister Marin expressed the hope that this could happen as early as next week.

In Finland, the formal decision by the government to join NATO is expected to be made as early as Sunday, after which parliament will have to approve it. The ruling Social Democrats have the majority there. And they now supported membership in the defense alliance with a clear majority. According to the party, 53 of the 60 members of its own leadership voted to join. Only five members voted against, two abstained. However, the party’s official vote is not due until Sunday.

In the evening, NATO foreign ministers are meeting in Berlin to discuss the Russian war against Ukraine. The prospect of accession by Finland and Sweden should also be discussed at the meeting.

NATO itself had already assured both Finland and Sweden that admission could be very rapid once applications from both countries had been received. Secretary General Jens Stoltenberg had repeatedly assured that the alliance’s doors were wide open to the two potential new members. And at the beginning of the week, a NATO spokesman announced that there could only be two weeks between the application and the signing of the accession protocols.