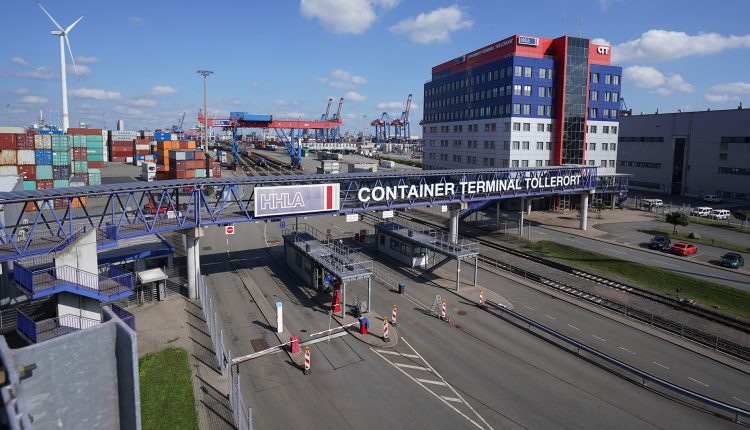 For days there has been a dispute over China’s entry into the Hamburg port terminal in Tollerort. Now it is known that its managing director will leave in a few days. According to information from NDR and WDR there are still concerns in the workforce and cabinet.

The managing director of the Hamburg container terminal in Tollerort, which has been at the center of a tough political dispute for more than a week because of Chinese interest in buying, is leaving the company at the end of October. Corresponding information from NDR and WDR confirmed a spokeswoman for Hamburger Hafen und Logistik AG (HHLA).

The managing director “expressed the desire to take on a new professional position outside of HHLA,” explained HHLA. According to the extract from the commercial register, the 57-year-old had been the managing director of the container terminal since July 2019. HHLA does not want to say why he is giving up the post after a good three years. “As a matter of principle, we do not comment publicly on the reasons for personnel changes,” said the company spokeswoman. He is “very grateful” for what he has done in various positions at HHLA.

Massive criticism at the start

A few days ago, the dispute over the participation of the Chinese state shipping company Cosco in the container terminal in Tollerort escalated. NDR and WDR had previously revealed that Olaf Scholz’s Chancellery wanted to push through the planned participation against the vote of the six specialist ministries and the EU Commission. The critics feared too much dependence on China.

Since the ministries were unable to enforce the ban against the chancellor’s office, the cabinet finally decided on Wednesday that participation would be lower than originally planned. This offer is also met with criticism: How NDR and WDR found out, there are concerns within the HHLA workforce, among others.

Concerns also in the federal government

The Federal Foreign Office even made a protocol statement in the Federal Cabinet. “The acquisition of shares in the container terminal in Tollerort by the Chinese state shipping company Cosco disproportionately expands China’s strategic influence on German and European transport infrastructure and Germany’s dependence on China,” the paper said NDR and WDR present. Unlike Germany, China does not allow German participation in Chinese ports.

Annalena Baerbock’s Foreign Office went on to say that China has clearly shown that it is “ready to use economic measures to achieve political goals”. The acquisition has “not only an economic, but above all a geopolitical component,” according to the criticism. “In the event of a crisis, the acquisition of China would open up the possibility of politically exploiting part of Germany’s and Europe’s critical infrastructure.” Finance Minister Christian Lindner, among others, echoed the criticism.

Appease Scholz and the port company

Chancellor Scholz, who used to be Hamburg’s mayor, defended the deal. He thinks the decision is “the right one,” said the Chancellor. It is about a terminal of an operating company in a large port with several operating companies, so very little. He explained that it is a legitimate concern to say that there should be no wrong influence on infrastructure. “And that is not the case in any way in this case,” said Scholz.

HHLA boss Angela Titzrath also rejected criticism: “The cooperation between HHLA and Cosco does not create one-sided dependencies. On the contrary: it strengthens the supply chains because we control them.” According to Titzrath, the details of the Cosco participation should be clarified by the end of the year.

“We still have until the end of the year to discuss, negotiate and finalize the closing conditions that have now been presented,” said Titzrath. It is unclear whether the Chinese state shipping company will agree to the reduced participation and the stricter conditions.

Hamburg’s Mayor Peter Tschentscher (SPD) explained that the most recent public criticism “was largely characterized by a great deal of ignorance about the organization and operation of the Port of Hamburg.”

In the coming week, the Chancellor wants to travel to China for a planned visit. CDU leader Friedrich Merz criticized the timing – including with a view of the port of Hamburg. Merz told the “Augsburger Allgemeine” that the chancellor apparently still believes in the theory of change through trade.

“He lacks the willingness to reassess the risks to which we are exposed,” criticized the Union faction leader. China’s stakes in European ports give it “a complete overview of trade flows in Europe.” With a view to resistance within the traffic light government, Merz said: “Scholz’s lonely decision was a serious strategic mistake.”