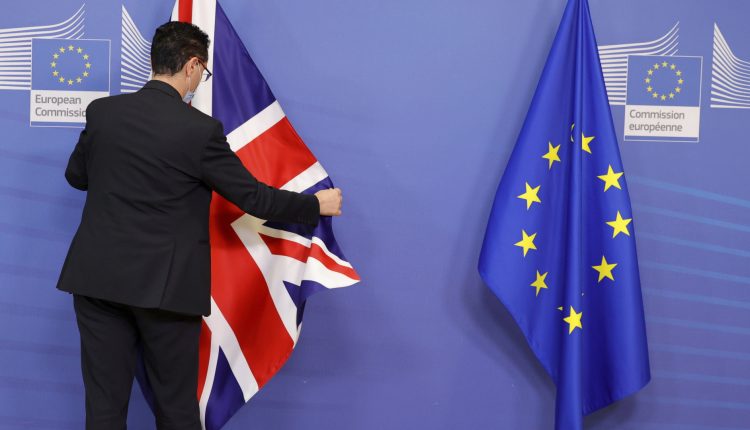 The EU is keen to continue negotiations and find a solution to save the Northern Ireland Protocol. But from the British side it is said that the proposals led to nothing. The argument comes to a head.

Vice President of the EU Commission Maros Sefcovic was in London again this week. He is actually negotiating with the British government about a possible agreement on the Northern Ireland Protocol – actually. Because Sefcovic did not meet either the responsible Foreign Minister Liz Truss or Prime Minister Boris Johnson.

At an appointment at the London office of the Bloomberg news agency, he said he had spoken to company representatives, to representatives of the British House of Lords and to members of the Foreign Affairs Committee in the House of Commons. It has long been about explaining to entrepreneurs and politicians that the EU would negotiate – if the British government were willing to do so.

“Our impression is increasingly that whenever there are domestic political difficulties in Great Britain, the Brexit issue is back at the top of the agenda,” says Franziska Brantner, Parliamentary State Secretary in the Federal Ministry of Economics and Technology and responsible in the government for coordinating relations between the two countries European Union to the United Kingdom. There is not always “a real will” from Johnson to find pragmatic common solutions.

The Northern Ireland Protocol stipulates that the province will remain part of the EU’s internal market and European Customs Union. This should prevent goods controls at the border to EU member Ireland.

Otherwise, the conflict between supporters and opponents of unification of the two parts of Ireland is expected to flare up again. But controls between Northern Ireland and the rest of the UK are now necessary. The Johnson government intends to subsequently reverse this consequence, but without presenting an alternative solution.

Because there are compromise proposals on the table. A special lane in English ports, for example for lorries making deliveries to Northern Ireland. These trucks should be checked significantly less often. A British demand that Sefcovic responds to.

But from the British side: no reaction. Foreign Minister Liz Truss sees no improvement in the proposals, as she said on the BBC two weeks ago: “The proposals that the EU has presented are no better than the deadlock we are in.”

The EU submitted proposals last autumn on how the situation in Northern Ireland could be improved, says Green politician Brantner. However, the British government did not respond to this. “Instead, it always comes: The EU is not ready to negotiate. That’s just not correct either. If one side is permanently ready to negotiate, then it’s the European side. So much so that at some point you have to ask whether you’re not a little tougher should be.”

Patience in the European Union could be running out.

Johnson has enough problems: “Partygate” is not over yet, he lost by-elections in two districts with a bang, fresh figures show that trade between the EU and Great Britain has collapsed due to Brexit. The Organization for Economic Cooperation and Development (OECD) predicts that there will be no economic growth in Great Britain by 2023.

If the EU then imposes further trade restrictions because the British government wants to undermine parts of the Northern Ireland Protocol, this could become a problem for Johnson in particular.

Dispute over Northern Ireland protocol comes to a head