New book about Trump: Precise analysis instead of new sensations 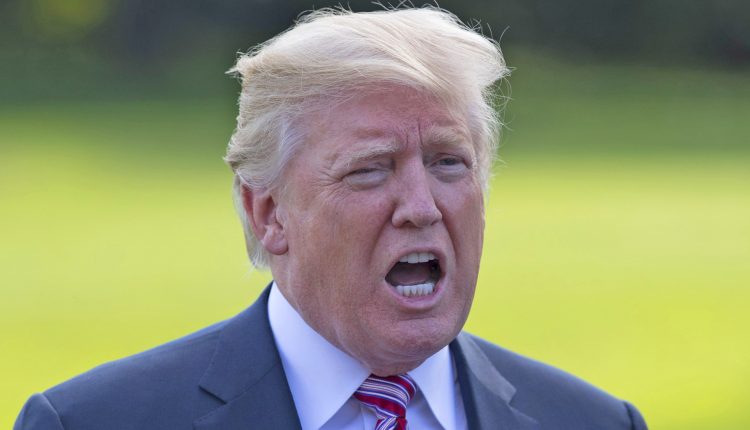 The new book “Deception” about the ex-US President does not reveal any new sensations, but it is a precise analysis. Author Haberman is considered a Trump expert – and suspects that he will stand for re-election.

No other author has been on Donald Trump’s heels for so long, has written so much about him, interviewed him so often, most recently three times for this book. “New York Times” reporter Maggie Haberman describes Trump as a man of power, shaped above all by the real estate industry in New York in the 1960s, 70s, 80s and 90s, a tough business world full of intrigues, brutal power politics and corruption.

“Donald Trump is always the same, depending on the context,” Haberman said in an interview with CBS shortly before her book was published. In her words, Trump has treated the White House as President as if “he was still sitting in his real estate office in New York, like it was still 1980.”

Trump, as becomes clear in the 32 chapters of the book, has practically never pursued substantive political goals, rather he follows behavioral patterns:

“It’s the quick lie, biting back when someone attacks him,” says Haberman. “And always with a certain amount of drama, of chaos, often with the aim of keeping responsibility away from oneself.”

Haberman has released audio recordings of key points in her recent Trump interviews, which you can listen to on CNN. That’s what Trump intends to do asked when the FBI searched his private property whether he had taken any documents from the White House: “Nothing of great importance,” Trump said. He then boasted that he had letters from North Korean dictator Kim Jong-Un and “incredible letters from other leaders.”

Typical Trump behavior, says Haberman. He denies, then admits a little, later it turns out he took a lot of documents with him. Haberman’s explanation: “He definitely loves trophies.”

Haberman also asked Trump what he was doing in the White House when the Capitol was stormed on January 6, 2021: “I was in meetings. I wasn’t watching TV,” Trump replied.

Numerous eyewitnesses who were close to Trump have contradicted this. So he watched TV from the start. So Trump is lying, or as Haberman describes it again and again: He is twisting his own truth.

The book does not reveal any completely new sensations, but it is a precise psychogram of a person who was never concerned with political ideals or even responsibility, but with fame and power.

In a recent interview, he lost weight, Haberman says in a CBS interview. “Trump had shrunk physically, gotten smaller. Also, people around him have said that he’s become a rather lonely character lately. Wandering around his golf club, needing a reminder when there’s a holiday. Someone who’s completely out of the rhythm of normal everyday life.”

Presidency as a tool?

And this man actually wants to run for the presidency again in 2024? Haberman’s answer:

I think he’s backed himself into a corner where he has to run. He needs the protection that he believes the presidential candidacy gives him against the investigations and lawsuits against him. And it’s his way of raising money, making money. It makes up so much of his identity.

Haberman also appreciates that Trump is running again because when asked what drove him to become president, he replied: He has many rich friends, but nobody knows them. Translated, this means: For Trump, the presidency was simply the ultimate tool to be famous.

“Deception” – what the new book about Donald Trump reveals