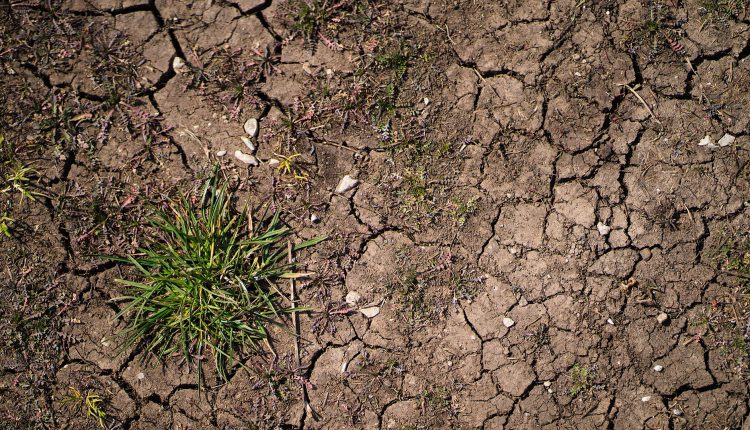 For decades, the Netherlands fought against too much water – now it’s too little. A consequence of the drought summers are sinking foundations of houses. Those affected complain that their insurance companies do not pay.

Jan Bergmans and Francien van Hulten have lived in a cozy terraced house on the outskirts of Zevenaar, a municipality not far from the German-Dutch border, for almost 40 years. The houses here are made of yellow bricks, the front gardens are well-tended. Everything in the Sellersmaat settlement is in order. But as soon as you open the front door, the visitor notices that something is wrong here.

“You can see it immediately. The door is stuck. And I just sanded it down,” says Jan Bergmans. The door is the least of the evils. Much worse are the many cracks in the house – on the walls and ceilings, in the hallway, in the living room, in the kitchen. All over.

“You can see what’s going on. Lots of cracks. Here in the hallway between the wall and the ceiling,” he shows. “The wall is coming off. It runs through the whole house. And here in the guest toilet, the tiles are already falling off because of the cracks.”

Upstairs in the bathroom, the two 73-year-olds can see the stairs to the attic through a large gap in the wall. It’s no longer nice to live here, says Bergmans. Even if the problem is not entirely new to the residents.

It started during the 2018 drought. But now it’s gotten worse, much worse.

Reinforcing the foundation would cost Bergmans and van Hulten around 50,000 euros. Too much to pay for out of pocket, the couple say. And unfortunately the insurance doesn’t cover anything.

Your neighbors are no better. Four years ago, after 350 houses in the community were damaged by the sinking ground, those affected founded a citizens’ initiative. Their spokesman Paul Freriks and all other victims feel left alone.

“It’s shocking that we can’t turn to anyone,” says Freriks. “Think of the floods in Limburg. Donation accounts and aid funds were set up, and the insurance companies stepped in.” But, he says:

If you take damage from drought, you get nothing. No insurance, no donations, no help, absolutely nothing.

According to experts, houses that are more than 40 years old and built on loamy or swampy soil are particularly at risk because of the prolonged drought. If the groundwater sinks too much, the clay layer also sinks. Even the buildings that stand on stilts are not safe, says geo-hydrologist Maarten Kuiper. Because according to the old Dutch tradition, these posts are mostly made of wood.

“If wood stays under water, nothing can happen, but when the water level goes down, the pile heads are dry. And dry wood eventually rots,” he says. “Like a hunter’s fence. The houses that stand on stilts then sag with them.”

The Dutch insurance companies have calculated that almost a million houses in the country are exposed to these risks. The culprits are the low river levels and the dry soil, which no longer absorbs small amounts of rain, says Kuiper.

In addition, in regions that are higher than their water bodies, too much groundwater is pumped out for agriculture and industry. According to the expert, the aim must be to use water more sparingly. “So pump out less water, use less water. And don’t just let the water flow away into the North Sea.” It’s about holding onto the water: “For example, storing the rain that falls in winter in the ground.”

For decades, the Dutch have struggled against the water that washed inland via the sea and rivers. You have successfully learned to deal with too much water. The question that arises today is: What to do about too little water?

Dry soil: houses are sagging in the Netherlands