Navalny team: son of Kremlin spokesman Peskov does not want to go to Ukraine 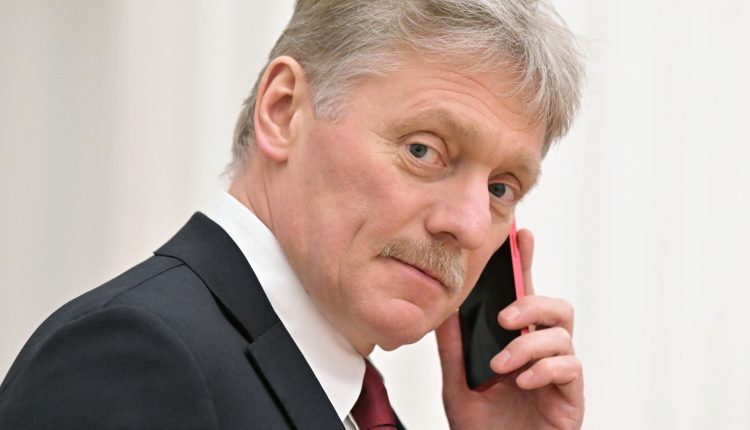 The Navalny team apparently tricked the son of Kremlin spokesman Peskov. He therefore said in a fake call that he did not want to fight for Russia in Ukraine. He will “regulate the issue of convocation at another level”.

300,000 reservists are to be drafted into the Russian army in the next few weeks. President Vladimir Putin ordered partial mobilization on Wednesday to support the troops fighting in Ukraine. As a result, a rush for flight tickets abroad began in Russia. Many men of military age want to evade conscription.

The son of Kremlin spokesman Dmitry Peskov also apparently has little desire to fight at the front. The team led by the imprisoned opposition figure Alexej Navalny tricked him with a prank call. There, 32-year-old Nikolai Choles (Peskov) exposed himself as a slacker.

“Neither you nor I need that”

An employee of Navalny’s team pretended to be an employee of a Moscow military district command that is supposed to enforce the call-up of reservists. According to the published telephone recording, Peskow junior said that he would not show up and let the question be decided at another level.

“If you know that I’m Mr. Peskow, then you should understand that it’s not entirely correct that I’ll be there. In short, I’ll regulate it on a different level,” he said accordingly. When asked again whether he would be at the office at 10 a.m. the next morning, he emphasized: “Believe me, neither you nor I need that.”

According to the published recording, Peskow’s son said that he was basically ready to defend his homeland. But he doesn’t want to go to Ukraine. The caller reminds him that Putin himself ordered the mobilization for the war in Ukraine: “If Vladimir Vladimirovich tells me to go there, then I will go there.”

He is then instructed that Putin cannot call each of the 300,000 reservists himself. Peskow’s son says he’s not like everyone else.

The Kremlin spokesman implied that his son’s statements had been taken out of context. According to Russian media, Peskov stated that his son did not want to withdraw from the service. Kremlin opponent Navalny had previously complained that Putin was throwing ordinary Russian citizens into the “meat grinder” of war, while the elite remained unharmed.