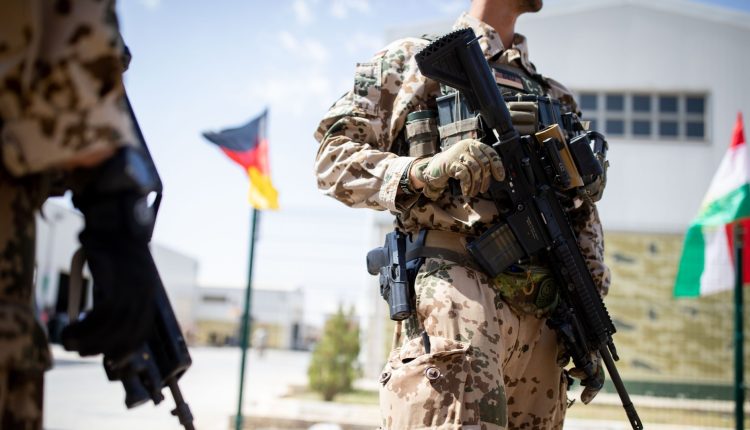 The deployment of the Bundeswehr in Iraq is to be extended, now the Bundestag has to vote. As the opposition, the Greens had always rejected the mandate, and now Foreign Minister Baerbock is campaigning for it.

One mandate for the Bundeswehr, two alliances: training Iraqi forces together with NATO and fighting the terrorist militia Islamic State, or IS for short, alongside the international coalition.

Part of the mission is the training of soldiers on site.

Defense Commissioner Eva Högl is clearly in favor of this: “First of all, it’s about the fight against the IS and that’s far from over. And the second part of the mandate concerns the training of the Iraqi forces and that is also an important part of the mandate. ”

Greens have changed their minds about the deployment

The Greens are at the center of the political debate. This is due to a change in opinion. When the Iraq mandate, which is still valid today, was due for an extension in October 2020, Tobias Lindner spoke for the Greens. “The federal government is once again presenting the German Bundestag with a mandate that is not only illegal, but also an unsuitable means,” he said at the time. Conclusion of the Greens a year and a half ago: no approval.

Lindner is now Minister of State in the Foreign Office. His boss, the Green Foreign Minister Annalena Baerbock, sounds very different today. “I would like to ask you, ladies and gentlemen, for your approval of this clearly revised mandate. Firstly, the mission is now focused on Iraq. We have eliminated Syria as a mission area, and that is a significant change.”

The mission is to be extended by just nine months

From the Greens’ point of view, there is no basis in international law for flights over Syrian territory, and there is also no request for help from the government, unlike the Iraqi Prime Minister for his country. Hence the deletion. Certainly also an attempt to close the ranks of the Greens.

In addition, according to Baerbock, the mission will only be extended by nine months and goals and results will be evaluated during this time. The military commissioner Högl demands that this must “start quickly”, at the latest after the summer break.

The left finds the change in opinion of the Greens ridiculous

For the left, who used to vote alongside the Greens against the mandate, the Greens changed their minds just in time for the move into government. Sevim Dagdelen, who sits on the Foreign Affairs Committee for the left, sees it that way. “In the opposition they still rejected this mission, it was far too dangerous, the mandate was illegal and had no basis in international law. And that’s all different now? That’s ridiculous, ladies and gentlemen!”

Today is the roll-call vote on the assignment abroad. The Union supports it, but finds the deletion of Syria “hypocritical” and unworldly in the case of a terrorist militia that does not respect national borders.

SPD Defense Minister Christine Lambrecht took a different view two weeks ago after a visit to the troops and the cabinet decision. “That’s why it was right to remove the part related to the Syria area of ​​operations, because this aerial refueling, this mission hasn’t taken place for a long time. That’s why we limited ourselves to what is important and right.”

Left and AfD are likely to vote against the renewed deployment extension.