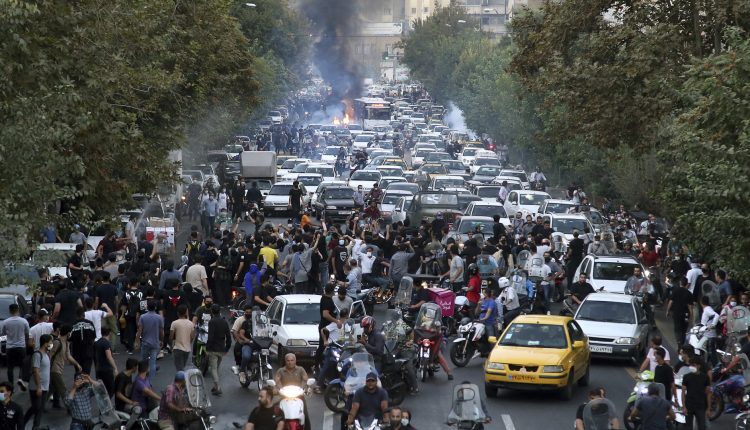 Anti-regime protests in Iran continue after Mahsa Amini’s death. Apparently there were more dead. According to two organizations, access to the Internet has been restricted.

The protests in Iran after the death of Mahsa Amini continue – and four more people have apparently been killed. This was reported by the Iranian media and a local prosecutor. This brought the number of people killed to eight, apparently including a police officer and a member of a pro-government militia.

Ten demonstrators were killed by security forces, reports the Kurdish human rights organization Hengaw. Iranian officials deny this, claiming that armed dissidents shot them. The information on both sides cannot currently be verified.

22-year-old Amini died in a hospital in Tehran last Friday. Before her death, the vice squad accused her of violating strict hijab regulations and arrested her.

Many people then speculated that the police officers beat Amini. Iran’s Interior Minister Abdolresa Rahmani Fasli and the police denied this, but the authorities initiated investigations. A senior adviser said Ayatollah Ali Khamenei sent his condolences and pain to Amini’s family at her death.

Videos on social networks later showed women burning their headscarves and two demonstrators tearing up two large posters with the heads of former Supreme Leader Ruhollah Khomeini and his successor Khamenei. It is difficult to verify whether the videos are genuine. The dimensions of the protests are also difficult to assess.

The Iran expert Ali Fathollah Nejad explains on the basis of English-language studies: “If we look at the numbers alone, we had 4,000 protests in Iran last year. That is a record since 2016. And in the first half of this year we have 2,200 protests That means: We see a lot of resentment among various social groups against the regime.”

So far, however, the regime in Tehran has always managed to put down these demonstrations – whether they took place because of high gasoline prices in 2019, unpaid wages, the accidental downing of a Ukrainian passenger plane in 2020, water shortages or a collapsed building with many deaths this summer.

The internet is apparently blocked

Authorities have now apparently blocked the internet, according to human rights organization Hengaw and internet blocking observatory NetBlocks. Access to Instagram is restricted, and the mobile networks are also switched off. Instagram is the only major social media platform licensed in Iran.

“Iran is now subject to the toughest internet restrictions since the November 2019 massacre,” NetBlocks said. At that time 1500 people were killed.