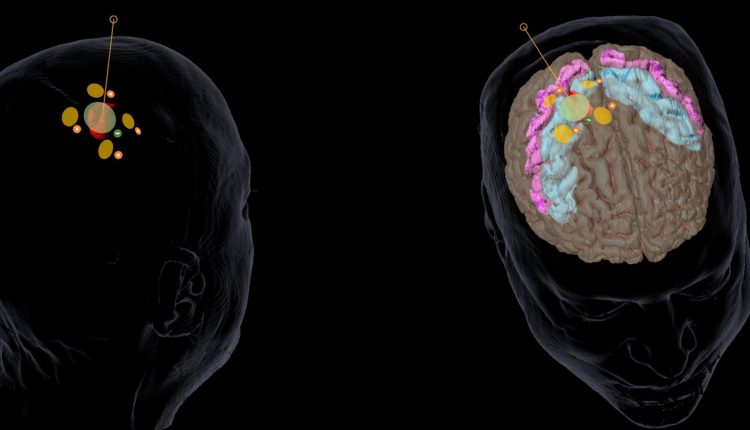 Since September, the first minimally invasive brain pacemaker has been approved for epileptics who are no longer helped by medication. A study shows that those affected have significantly fewer seizures.

More than half a million people in Germany suffer from epilepsy. For about a third of them, medication does not help or not enough. Epilepsies are neurological disorders with a wide range of manifestations. What they have in common is that epileptic seizures occur from time to time – mostly for no apparent reason. According to the Federal Ministry of Health, an estimated ten out of 100 people will have at least one epileptic seizure in their lifetime. According to statistics, one in 100 people will have multiple seizures without any apparent trigger, giving it the definition of epilepsy.

At the end of September, the world’s first minimally invasive brain pacemaker for epilepsy patients was approved. The new treatment method can significantly reduce the frequency and strength of epileptic seizures that are limited to certain areas of the brain. This is shown by the first study results.

A “thunderstorm in the brain”

Causes of epilepsy can include strokes, tumors or inflammation of the meninges or the brain. There are also indications of genetic predispositions, since epilepsy occurs in some families over several generations. Epileptic seizures can take different forms and last from a few seconds to a few minutes. Generalized seizures affect the whole brain and result in loss of consciousness and convulsions throughout the body more often than focal seizures.

Particularly flat – the electrode is inserted under the scalp.

The European approval studies for the innovative brain pacemaker were conducted at the Epilepsy Center of the University Hospital Freiburg. So far, the brain pacemaker has been used in 32 people in whom drug treatments have not worked well enough and epilepsy surgery to the brain — such as removing or severing the brain regions that produce the seizures — was not an option.

Brain pacemaker is placed under the scalp

The brain pacemaker consists of an electrode that delivers the electrical stimulus and a generator with a battery that controls the delivery of the stimulus. Similar to a pacemaker, the generator is used in the torso. It is connected to the electrode, which is placed under the scalp, via a cable.

The brain pacemaker emits light electrical stimuli through the skull to a defined area of ​​the brain for about half an hour every day. According to Schulze-Bonhage, the patients do not feel the electrical stimulation because of the low intensity.

The generator with the battery is placed in the patient’s torso.

Opportunities of the new treatment method

“The brain pacemaker can fundamentally change the lives of many epilepsy patients. We can use it to treat people who have suffered from untreatable epilepsy for decades,” says Schulze-Bonhage. Calculated across all patients, the frequency of seizures fell by half. This 50 percent decrease occurred in about half of the patients. For some treated, the effect was even greater. One patient was able to stop seizures with the brain pacemaker and thus reduce motor seizures by about 75 percent.

With most stimulation methods, the effectiveness increases over time, so that, according to Schulze-Bonhage, it will be very interesting to analyze the long-term data of these patients over the next few years.

Artificial intelligence is designed to detect seizures at an early stage

In a follow-up study in Freiburg, therapy with pacemakers will be further personalized using artificial intelligence. Brain activity can be continuously measured via a closed control circuit – a so-called “closed-loop system”.

An artificial intelligence identifies typical initial signals of an epileptic seizure in order to interrupt them through targeted stimulation. Ultimately, this should not lead to a seizure in the first place. Another aim of this study is to find out which patients are helped by this form of therapy so that the treatment can be offered specifically to this group.

Hope also with other diseases?

According to the Freiburg study, the newly developed brain pacemaker could also be used for other neurological diseases for which there are currently only insufficient treatment options. The possible range of applications for the stimulation method ranges from pain treatment and rehabilitation after a stroke to psychiatric illnesses such as severe depression.