Middle East conflict: Attacks on both sides of the Gaza border 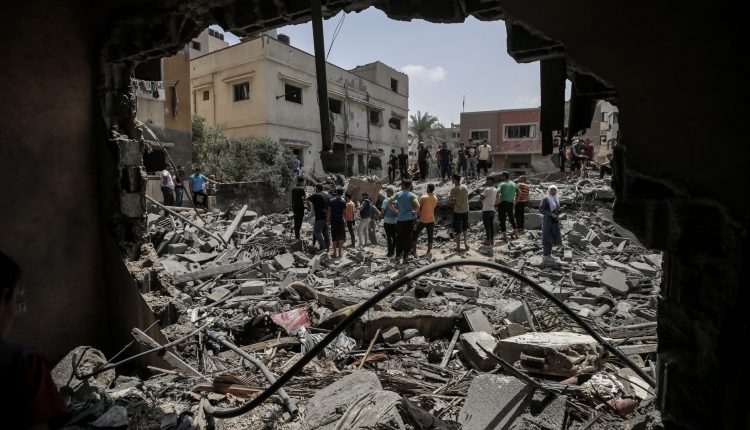 Numerous rockets have been fired at Israel from the Gaza Strip. Earlier, Israel had attacked targets in the Gaza Strip – and killed a militant Palestinian leader. For civilians, it was a night of fear.

It was a night of fear – on both sides of the Gaza border: On the Israeli side, most people spent the night in shelters – worried about the rockets from the Gaza Strip. There, on the Palestinian coast, residents feared Israeli attacks.

The army had already started the operation called “Daybreak” in the afternoon. It was aimed specifically at the Palestinian extremist organization Islamic Jihad. Facilities and people attributed to the group were attacked. Israeli army spokesman Ran Kochav made it clear that Hamas, which controls the Gaza Strip, is not the target of the attacks. He said:

The current operation is directed against Islamic Jihad, not against the Gaza Strip or other organizations.

The focus is on jihad because of the danger that Israeli towns will be shelled with anti-tank missiles. Kochav further stated: “We will decisively, professionally and finally eliminate this threat.”

Rockets are fired from the Gaza Strip.

According to the army, Islamic Jihad fighters who were about to be attacked were among those killed. The target of the Israeli operation was also the top leadership of the group. A senior Islamic Jihad commander was killed in a targeted airstrike.

The organization, which is close to Iran and is classified as a terrorist organization by the EU and the US, among others, then announced retaliation and fired rockets throughout the night.

The Israeli border area with the Gaza Strip was particularly affected. But even in the suburbs of Tel Aviv, isolated air raid sirens wailed and the explosions of interceptor shells could be heard. Israel’s Iron Dome short-range air defense system intercepted some missiles – others fell without causing major damage.

At least ten dead in the Gaza Strip

Some people were slightly injured trying to get into shelters as quickly as possible. By the evening, at least ten people had died and more than 70 had been injured in the Israeli airstrikes in the Gaza Strip. A five-year-old girl was among the victims.

The UN special envoy for the Middle East conflict, Tor Wennesland, said there was no justification for attacks against civilians. He called on the parties to the conflict to end the fighting. Israel responded to threats from Islamic Jihad with the military operation. He had announced attacks after the Israeli army arrested a senior member of the group in the West Bank. Israeli Prime Minister Jair Lapid said Israel would not allow a terrorist organization to set the agenda.

The operation in Gaza was directed against a concrete threat to everyday life in the south of the country.

Israel is not interested in a major offensive, but will not shy away from it either, Lapid said.

Escalation does not have to end in war

That the current escalation will lead to another Gaza war is not inevitable and will depend on whether Hamas takes part in the military exchange of blows. In the fall of 2019, Israel specifically killed an Islamic Jihad commander, who responded with rocket fire. Hamas did not participate. The fighting ended after about two days. It could be the same this time. But that cannot yet be judged.