Merkel on Russia policy: “We tried everything after the annexation of Crimea” 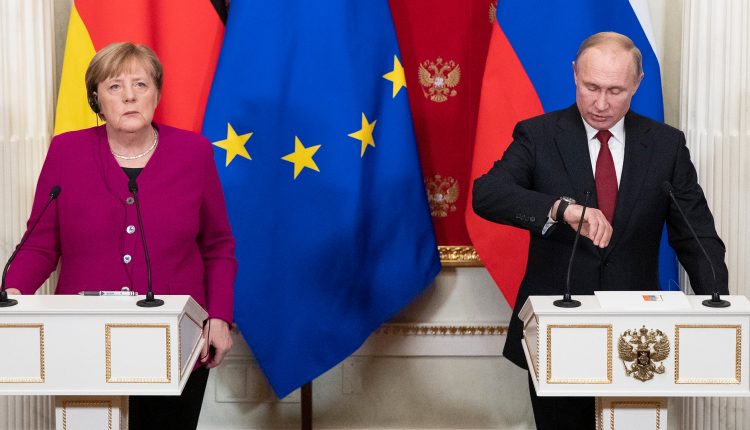 Former Chancellor Merkel spoke in a “Spiegel” report about her Russia policy – and her last meeting with President Putin. Recently she felt powerless. “It was time for a new approach,” said Merkel.

Former Chancellor Angela Merkel has once again defended her policy towards Russia and Ukraine. She wished for a more peaceful time after her departure, Merkel told the “Spiegel”. Also because she dealt so much with Ukraine during her tenure, said the CDU politician.

She worked on a solution until the very end and, around the summer of 2021, tried to work with French President Emmanuel Macron to create an independent European format for talks with Russian President Vladimir Putin. “But I no longer had the strength to assert myself because everyone knew that she would be gone in the fall.”

Merkel: “Only power counts for Putin”

Merkel officially left office in December 2021. A few months earlier, in August, she had traveled to Moscow for a farewell visit to see Putin. “The feeling was very clear: ‘In terms of power politics, you’re through.’ Only power counts for Putin,” the former Chancellor continued. It was significant that Putin also brought his Foreign Minister Sergei Lavrov to this last meeting. Otherwise you would have met more often in private.

The Russian attack came as no surprise. The federal government led by Merkel, together with France, had mediated between Ukraine and Russia in the so-called Normandy format in order to seek a solution to the conflict in eastern Ukraine – there, Ukrainian government troops have been fighting Russian-backed separatists since 2014.

“Ukraine now more defensive than in 2015”

Merkel was instrumental in the 2015 Minsk Agreement, but the peace plan was never fully implemented. A few months after the end of Merkel’s term in office, Russia invaded Ukraine on February 24 this year.

According to the “Spiegel” report, Merkel believes that at the NATO summit in Bucharest in 2008 and also later at the negotiations in Minsk, she bought the time that Ukraine was able to use to better resist a Russian attack. Ukraine is now a stronger, more resilient country. At that time, Merkel was certain that she would have been run over by Putin’s troops, according to the “Spiegel”.

“A lot is happening in Central Asia”

In the conversation, Merkel praised the resistance of the Ukrainians. She believes that Germany shouldn’t be the first nation to send state-of-the-art tanks because “you can still make a good atmosphere with Germany” in Russia.

At the same time, she expressed respect for Kazakh President Kassim-Jomart Tokayev. On the open stage, he refused to support Putin’s war. “I think it takes incredible strength for a man like that to assert himself against Russia.” Something is happening in Central Asia with a view to Russia.

At the same time, Merkel warned against making too high demands on foreign policy. “We have to be careful that we don’t set our bar so high that in the end nobody is left who can still meet our standards.”

She is fairly certain that the late former Chancellor Helmut Kohl would advise people to start thinking now about the time when relations with Russia can be resumed, the article says. Taking Russia seriously is not a sign of weakness, but of wisdom, said Merkel.

Criticism from German and Ukrainian politicians

Merkel also said that she did not regret not running again as a candidate for chancellor in the federal elections. Domestically, it was overripe for someone new to start. In terms of foreign policy, at the end of her term in office, she had not progressed a millimeter with so many things her government had tried again and again:

Not only as far as Ukraine is concerned. Transnistria and Moldova, Georgia and Abkhazia, Syria and Libya. It was time for a new approach.

She was in agreement with the then US President Barack Obama in his assessment of Putin. “We have after the Crimean annexation of Russia [2014] tried everything to prevent further attacks by Russia on Ukraine and coordinated our sanctions in detail,” Merkel is quoted as saying.

In the past few weeks, the former chancellor had been publicly criticized by Ukrainian and German politicians because she had not admitted to any mistakes in Russia policy over the past 16 years. During her time in government, she recognized that Putin wanted to weaken and divide Europe, but she drew the wrong conclusions and only reacted with “soft power,” said CDU foreign policy expert Roderich Kiesewetter.

KY’s Land Between the Lakes adds…