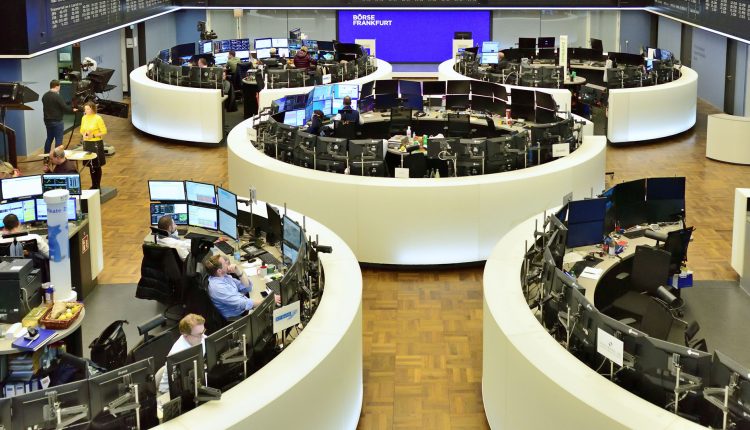 A continuation of the stock market rally will not take place today either. The leading German index is likely to start trading with a moderate minus. Investors are currently looking primarily at business figures.

According to pre-market indications, the DAX is expected to be at 15,065 points at the start of trading on XETRA. This corresponds to a minus of 0.2 percent. The mark of 15,000 points is once again dangerously close.

The specifications for German trade are mixed in the morning. On Wall Street, a flood of company balance sheets caused sometimes hectic price movements. The Dow Jones index of standard values ​​​​closed 0.3 percent in the evening at 33,734 points. The broader S&P 500 fell 0.1 percent to 4,017 points. The index of the technology exchange Nasdaq lost 0.3 percent to 11,334 places. “Not outstanding, but not worrying either – that’s probably the best way to describe the course of the reporting season in the USA so far,” says Konstantin Oldenburger from broker CMC Markets.

Decline in profits for Microsoft

After the US stock market closed, figures from the software giant Microsoft caused a stir. The group earned significantly less at the end of the year due to high inflation and fears of a recession. In the three months ended December, net income fell 12 percent year over year to $16.4 billion. Sales increased by two percent to $52.7 billion. Overall, the quarterly figures were in line with expectations, and the share rose in after-hours trading.

The stock markets in Japan continued their upward movement in the morning. Investors are hoping that inflation will soon peak. The opening of China after the corona pandemic is also currently brightening the mood. The 225 Nikkei Index closed 0.4 percent higher at 27,395 points. Stock markets in China, Hong Kong and South Korea were closed for the Chinese New Year celebrations.

On the foreign exchange market, the euro continues to advance against the dollar. Statements from the European Central Bank (ECB) that further interest rate hikes are pending in the euro area are strengthening the European common currency. In the morning, the euro is trading at $1.0895.

Oil prices also remain slightly in forward gear. A barrel of North Sea Brent currently costs $86.50, around half a percent more than yesterday. The troy ounce of gold is trading at 1926 in the morning and is therefore half a percent weaker.

In the DAX, the papers of the insurance giant could increase at the start. The analyst firm Jefferies has raised the price target for Allianz shares from 230 to 250 euros and left the rating at “buy”. Analyst Philip Kett wrote in a study that currency effects are likely to have weighed on the business of subsidiary Pimco in the fourth quarter, calculated in euros. This marks the end of a difficult year. Looking ahead, however, improvement is in sight.

Investors could also focus on papers from the ProSieben and Sat.1 broadcasting chains in the morning. The company has agreed a major rights deal for films and series with entertainment giant Sony. The Group’s platforms would thus have access to current cinema films, new series and many older productions from Sony Pictures, the Seven.One Entertainment Group announced today in Unterföhring.

New US lawsuit against Google

The US government has sued the internet company Google for anti-competitive behavior. Google’s dominance of digital advertising is hurting customers and advertisers, Attorney General Merrick Garland said last night. The company wants to use its position of power to buy out rivals and force advertisers to use Google products by making it difficult to access competing offers. Eight US states have joined the lawsuit filed in Virginia.

The US chip group Texas Instruments has felt a drop in demand. Sales fell in the past quarter compared to the same period last year by three percent to almost 4.7 billion dollars, as the company announced last night. Net income decreased eight percent to $1.96 billion. And Texas Instruments was also cautious for the first quarter: the chip company expects a further decline in sales compared to the three months before and expects between 4.17 billion and 4.53 billion dollars.