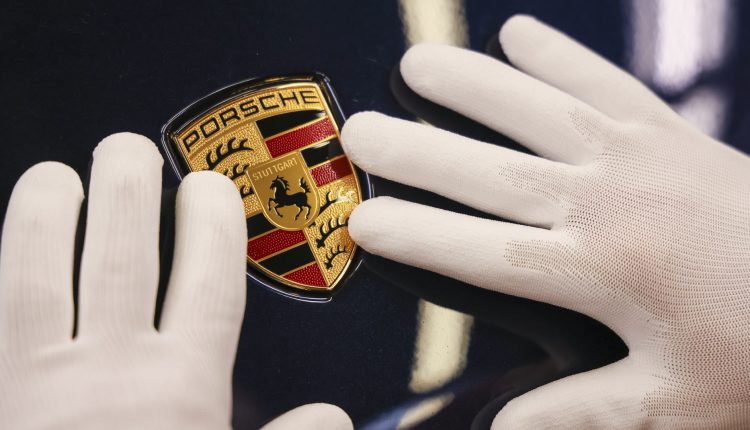 The slight price recovery on the Frankfurt Stock Exchange is likely to continue. However, the dominant topic is the IPO of the VW subsidiary Porsche.

The DAX should start with gains in XETRA trading. According to the calculations of banks and brokers, the indications on the DAX in pre-market trading are around 12,279 points and thus 0.8 percent higher than yesterday.

The IPO of Porsche AG is by far the most important topic of conversation on the Frankfurt trading floor. The preferred shares will be issued to investors for EUR 82.50 each, at the upper end of the previously announced range of EUR 76.50 to EUR 82.50 per share. With the IPO of the sports car subsidiary, Volkswagen collects almost 9.4 billion euros. This makes the IPO of Porsche AG the largest initial issue in Germany since Telekom in 1996.

How high is the inflation?

Investors will also look to German inflation data. Experts expect the inflation rate to rise from 7.9 to 9.4 percent in September, also because government measures such as the fuel discount and the nine-euro ticket have expired. Nevertheless, more and more investors doubted that the European Central Bank (ECB) could keep up the pace of interest rate hikes in view of the looming recession, said portfolio manager Thomas Altmann from investment advisor QC Partners.

The specifications from the US stock exchanges are excellent. After six consecutive days of losses, investors returned to Wall Street. The Dow Jones index closed 1.9 percent higher at 29,683 points. The broad S&P 500 gained two percent to 3719 points. On the Nasdaq technology exchange, the composite index advanced 2.1 percent to 11,051 points.

Recent economic worries faded into the background on both sides of the Atlantic after the British central bank had braced itself against the recent drastic rise in interest rates on the domestic capital market. In the afternoon, the Bank of England announced that it would buy long-dated government bonds until mid-October due to market disruptions. The background to this is the significant rise in yields over the past few days. In the US bond market, the yield on 10-year Treasury bonds then fell to 3.73 percent, after having recently climbed to over 4 percent at times.

A reason for optimism?

The British could thus have cleared the way for other central banks to make future moves, wrote analyst Konstantin Oldenburger from the trading house CMC Markets. The falling odds for a 0.75 percentage point rate hike by the US Federal Reserve in November may provide further evidence. It is possible that higher interest rates are already fully priced into the prices, so that the downturn on the stock market could soon come to an end.

Bucking the firm trend, however, Apple shares came under pressure yesterday. According to media reports, the iPhone manufacturer does not want to increase the production of its new smartphone series after all – due to a lack of demand. This then had an impact deep into the supply chains of the technology industry.

In contrast, Biogen’s stocks posted the third-biggest jump in the company’s history with a plus of at times a good 43 percent. An Alzheimer’s drug from the pharmaceutical company has shown encouraging results in a study.

Ups and downs with the euro

The euro is trading again in the sub-$0.97 range this morning after the shared currency temporarily rallied almost two cents against the US currency yesterday. “Resistance (against dollar strength) is futile,” said ING Bank. Be it the surprisingly strong US economy or the energy war in Europe – everything speaks for further dollar exchange rate gains.

Oil is getting more expensive

Crude oil also rose as oil rigs in the Gulf of Mexico were temporarily shut down due to Hurricane Ian. In the morning, North Sea Brent oil is over $89.