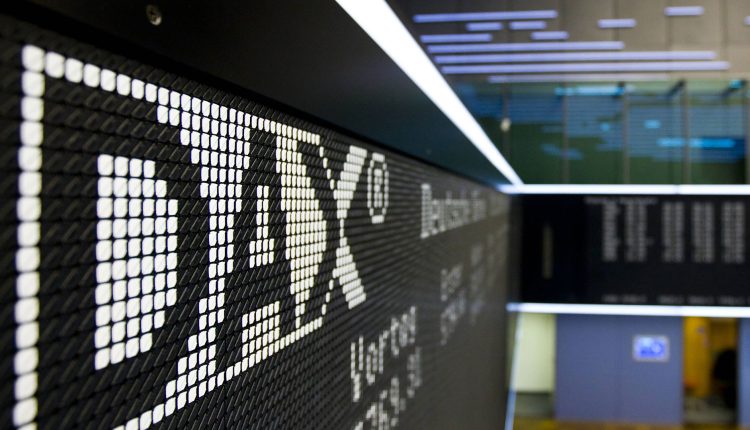 The DAX is in consolidation mode. The technical picture in the stock market index has clouded over noticeably. How big is the further discount potential for the German standard values?

Investors are increasingly questioning the recent price rally, which had been fueled by hopes that the US Federal Reserve would slow down its pace of interest rate hikes. Fears that the Fed could stick to an extended rate hike cycle after strong jobs and services reports are dampening risk appetite among investors. Concerns about the economy are also spreading again on the stock exchange. This is not a climate in which stocks thrive.

After its recent price losses, the DAX is trending sideways in the morning. The broker IG appraises the 40 German standard values ​​in the vicinity of their previous day’s closing price of 14,261 points. After an eight-week price rally, the leading index this week initiated the consolidation that many market observers had been expecting for some time after reaching its highest level since June last Friday at 14,584 points.

With yesterday’s slide below the key mark at 14,327 points, the correction low of November 29th, the DAX has completed an upper trend reversal. According to the experts at HSBC, the discount potential is now around 250 points. The mid-November low (14,150 points) and the August high (13,948 points) now define the retreat marks.

Negative impetus for DAX trading comes from Wall Street. Concerns about the global economy after pessimistic forecasts from top bankers and weak trade data from China clouded the mood on the US stock exchanges yesterday.

Growing fears of a global economic slowdown and worries about the pace of rate hikes by the US Federal Reserve also weighed on Asian markets this morning. The Nikkei index, which comprises 225 stocks, has just ended trading with a minus of 0.4 percent to 27,574 points. The Shanghai Stock Exchange was unchanged.

In Asian forex trading, the dollar is showing strength against major currencies. At the same time, the euro is also softening. The European common currency is currently losing 0.1 percent and is only just above the $1.05 mark. The strong dollar weighs on the gold price, a troy ounce of gold currently costs 1783 dollars.

RWE awarded contract for offshore wind farm in the USA

In the DAX, the RWE share could be worth a look today. The energy supplier is stepping up its growth ambitions in the United States. The Essen-based company secured a leased area for the development of an offshore wind farm with up to 1.6 gigawatts in an auction yesterday for 157.7 million dollars.

Mercedes convinced of a new contract for Hamilton

Mercedes team boss Toto Wolff is convinced of a contract extension with Formula 1 superstar Lewis Hamilton. “Absolutely. Lewis is part of the team and the team is part of Lewis. There is no reason not to continue,” Wolff replied to a corresponding question in the Formula 1 podcast “Beyond the Grid”.

Tesla itself is looking for groundwater supplies

With a view to the water supply in the region around its plant in Grünheide, Tesla wants to look for groundwater supplies itself. It is about pumping tests in order to improve the data situation and to be able to make water management decisions on this basis, the company said about the initiative.

Ryanair boss Michael O’Leary is to lead the low-cost airline until mid-2028. An agreement had been reached to extend the contract, which ran until July 2024, to July 2028, Ryanair announced last night. Analyst Harry Gowers from Bank JPMorgan sees the move as positive for the shares of the Easyjet rival in a first reaction.