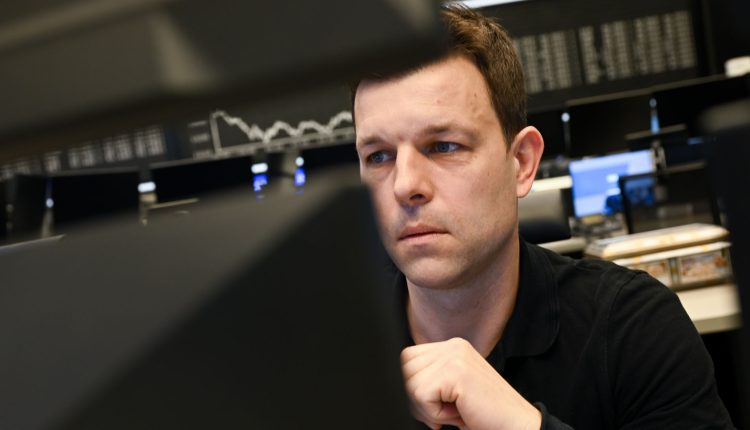 DAX investors are exercising restraint ahead of the eagerly awaited US job market report. What the strong price gains from the beginning of the week are really worth will soon become apparent.

The DAX was able to make up for its initial losses at times during the morning. At lunchtime, however, the German stock market barometer was again slightly below yesterday’s closing price of 12,471 points. Investors hunker down for weekly close. Finally, before Wall Street opens, the US job market report is on the agenda.

US job data in the focus of DAX and Dow investors

Then it will become clear whether the speculation that arose at the beginning of the week that the US Federal Reserve could slow down the pace of interest rate hikes has a reliable basis. Recently, doubts about this narrative had increased among investors and market observers.

“This time, the sheer number of positions could only play second fiddle,” said portfolio manager Thomas Altmann from the investment advisor QC Partners. Wage growth is more important. If an easing can be observed here, the Fed could proceed a little more cautiously in the coming months. The future on the US leading index Dow Jones is listed 0.2 percent higher in advance.

End of the chip boom heralded

Negative impulses for the stock markets came from the technology sector at the end of the week: After the PC and electronics boom in the corona pandemic, consumers tightened their belts due to inflation and thus brought the golden times in the chip industry to an abrupt end.

The world’s largest manufacturer of memory chips and smartphones, Samsung, today reported an unexpectedly strong decline in its operating profit in the past quarter. At the same time, the US chip manufacturer AMD warned of a significantly weaker sales development. Technology stocks are therefore under pressure worldwide.

Euro is making up some ground against the dollar

On the foreign exchange market, the euro can make up some ground against the dollar. At noon, the European common currency will rise 0.1 percent to $ 0.9804. Over the course of the week, the euro had initially approached dollar parity again before the world’s leading currency showed strength again in the face of increasing risk aversion among investors.

The resurgent dollar and the renewed increase in interest rate expectations are also weighing on the price of gold. A troy ounce of gold cost 1708 dollars in the morning. However, the yellow precious metal has recovered significantly since its low of $1,614 at the end of September.

Oil prices continue to rise at the end of the week. At lunchtime, a barrel (159 liters) of North Sea Brent costs US$ 95.19. That’s 0.9 percent more than the day before. In the past week, oil prices have risen sharply. The decisive factor was a significant cut in production by the OPEC+ oil alliance.

In the DAX, the Adidas share is one of the biggest losers. The sporting goods manufacturer is questioning its partnership with US rapper Kanye West. West had accused Adidas of copying the design of the Yeezy shoes he designed. The products produced in cooperation with West’s label “Yeezy” have always been very profitable for Adidas, said a broker.

Infineon and Siltronic under pressure

After the US semiconductor manufacturer AMD and the South Korean electronics group Samsung presented disappointing figures, technology stocks are also coming under pressure on the German stock market. In the DAX, stocks from the chip provider Infineon are among the biggest losers. In the MDAX, shares from the supplier Siltronic are on investors’ sell lists.

The DAX group Covestro raises fresh money and commits to investors to comply with certain sustainability criteria. The chemical company announced today that it had issued promissory note loans for the first time with a total volume of EUR 650 million. The papers issued are linked to a so-called ESG rating.

Beyond the major indices, the Synbiotic share stands out positively with a percentage increase in double digits. Papers from Tilray Brands are by far the most active value on the Tradegate trading platform, and Aurora Cannabis is also increasing massively with brisk trading. The background to the strong price gains in cannabis stocks is a push by US President Joe Biden to decriminalize the possession of marijuana in the USA.

Biden instructed the Departments of Justice and Health by presidential decree to expedite review of the classification of cannabis. Biden emphasized that marijuana is currently equated with heroin and classified as more dangerous than the synthetic drug fentanyl. “That makes no sense,” he criticized on Twitter.

The crisis-ridden Swiss bank Credit Suisse has announced that it will buy back debt securities. She wants to spend three billion francs on it, as she announced today. The rating agency S&P stated “increasing risks” at the bank on Thursday evening. After billions in losses, Credit Suisse is undergoing a comprehensive restructuring. However, she only wants to announce details when the figures for the third quarter are presented on October 27th.

After the success with its corona vaccine, the Mainz-based pharmaceutical company BioNTech is further expanding its international presence with the construction of a research center and a production facility in Australia. One of the focal points should be the search for cancer therapies. BioNTech today entered into a strategic collaboration with the State of Victoria, Australia, to collaborate on the research and development of potential mRNA-based vaccines and therapies, the company announced.

EnBW buys even more liquid gas from the USA

The energy supplier EnBW has increased its planned liquefied gas purchases from the USA and increased the purchase volume announced in June this year by the company Venture Global LNG from Arlington in the US state of Virginia by 0.5 million tons per year. This means that EnBW will purchase two million tons of LNG per year from the US company from 2026. The supply contracts have a term of 20 years.

According to company boss Elon Musk, Tesla’s semi-electric trailer truck, which was delayed by years, has now gone into production. The first vehicles are to be delivered to beverage and food giant Pepsi on December 1, Musk announced on Twitter tonight. Numbers were not initially known. It is the version with a range of around 800 kilometers, he wrote.

After Elon Musk’s surprising new commitment to buy Twitter, the court case over the takeover has been halted for the time being. Judge Kathleen McCormick made the decision yesterday. However, McCormick placed the pause in the proceedings under clear conditions: If Musk has not completed the roughly $44 billion takeover of the short message service by October 28, the parties to the dispute will have to prepare for a new trial in November.