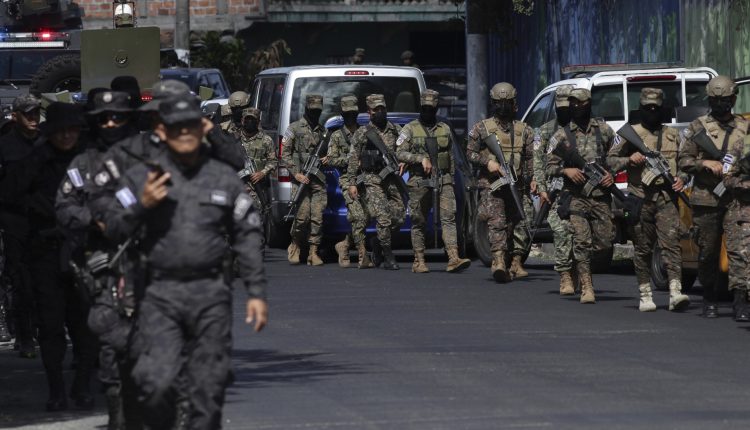 In the fight against gang crime in El Salvador, around 10,000 soldiers and police officers have surrounded the city of Soyapango. The measure ordered by President Bukele met with approval, but also criticism.

It is a martial performance: Since Saturday morning, ten thousand soldiers and police officers have been sealing off the city of Soyapango in the metropolitan area of ​​the capital San Salvador. They control vehicles, search houses. President Nayib Bukele said on Twitter that ordinary citizens could go on with their lives as normal.

The raid is mostly aimed at young gang members.

The deployment follows the president’s announcement in late November that he would use the army to cordon off entire cities to contain rampant gang violence in El Salvador, the president said. “We will seal off the big cities to intercept the criminals and those who work with them. So that they can be tried with the new sentences that Parliament has decided for them.”

Youth gangs – the so-called maras – control entire villages and neighborhoods in El Salvador, but also in the neighboring countries of Guatemala and Honduras. They are involved in racketeering and drug trafficking, where rival gangs fight for influence, many bystanders lose their lives as well.

Residents of Soyapango, like Noé Pinto, are enthusiastic about the operation on the President’s Twitter channel: “This is excellent! We need exactly these closures! Across the country. All the neighbors support the President’s measures.”

Praise and Criticism for Presidents

With the promise to take action against the maras, Bukele has won major elections. But while support for Bukele remains high among the violent population, there is also a lot of criticism. For years, the 42-year-old president has been approaching the critical press, he has dismissed judges and prosecutors, he uses his communication channels from television to Twitter to present himself and to dismiss criticism.

Human rights activist Sonja Rubio is more than concerned about the military action and the erosion of the rule of law: “You can hardly find a court anymore if you want to defend yourself against the state. Bukele has created a system that stigmatizes and criminalizes human rights defenders. And worst of all is, it motivates people to monitor and denounce neighbors.”

Under a state of emergency that has been in effect since March, the police have arrested 60,000 to 80,000 people as alleged maras. Families often don’t learn anything about the whereabouts of their relatives for weeks, and many innocent people could be in detention due to summary judgments without adequate defense. With the army’s lockdown, the number of arrests is likely to continue to rise.