London declares a disaster because of the Omikron variant 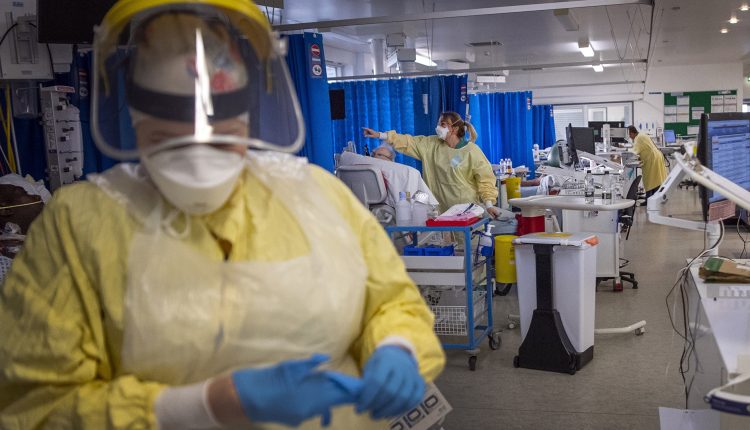 Hundreds of sick notes have already been made and there could be 130,000 by Christmas – in the UK health service alone. Doctors warned of bottlenecks due to the Omikron variant. The City of London has now acted.

The omicron variant of the coronavirus is rampant across the UK. In the capital London, the disaster has now been declared because of the rapid spread. “The rise in omicron cases in our capital is very worrying,” said Mayor Sadiq Khan. He pointed out that the number of Covid patients in London’s hospitals is increasing again massively.

At the beginning of January, the city triggered the disaster because of Covid-19. At that time, the health system was on the verge of collapse. In concrete terms, this means that special emergency plans come into force and that the units involved coordinate more closely. Khan called on all Londoners to get vaccinated as soon as possible. Vaccination centers have reopened in a number of British cities.

Many medical professionals should welcome the measure. They had warned of massive staff shortages. According to the British Medical Association, without tightened measures, there could be a shortage of 32,000 to 130,000 employees in the NHS in England at Christmas, as the “Guardian” reported. The latter would correspond to a tenth of the entire workforce.

The Guy’s and St Thomas’ Trust, which operates several hospitals in London, is already preparing to move staff from other areas to the intensive care units and emergency rooms to replace employees there due to hundreds of sick notes.

“Omikron now has a significant impact on our work,” said a letter to the staff on Friday, from which the Guardian quoted. This is not only shown by the fact that the number of Covid patients admitted has increased by around a third in the past week, but also by the fact that many of the employees are sick.

“This is how it starts”, wrote the Berlin virologist Christian Drosten on Twitter with reference to the descriptions in the “Guardian”. “Omikron will lead to massive absence from work due to illness. Also in essential professional groups.”

In Germany, too, there are fears that the hospitals will become overburdened.

In the UK, 10,059 new Omicron cases were reported on Saturday – three times as many as the day before. In total, there are around 25,000 confirmed Omicron cases in the UK. In London, the new virus variant has already replaced the previously dominant variant Delta.

Due to this situation, the German health ministers of the federal states spoke out in favor of declaring Great Britain a virus variant area, which would result in stricter entry rules. The decision on this lies with the federal government.