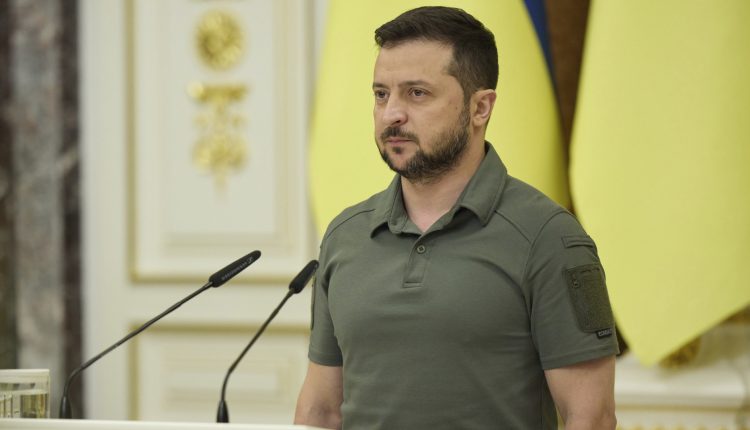 Ukraine’s President Zelenskyj calls on the Russians to resist after the partial mobilization. Before the so-called “referendums” in the areas occupied by Moscow, several people died in explosions. All developments in the live blog.

The Russian Presidential Office has described reports of Russian men leaving the country en masse after the partial mobilization as exaggerated. Spokesman Dmitri Peskov did not deny media reports that demonstrators who had been arrested were handed draft papers. “It’s not against the law.” As before, it is not a war, but a special military operation in Ukraine, said Peskov.

UN Secretary-General Antonio Guterres has expressed concern over the latest developments in Ukraine. Any annexation of the territory of another state with threats or violence is a violation of the United Nations Charter and international law, Guterres said at a special session of the UN Security Council on the Ukraine war. Russian bombardments of urban areas are mainly responsible for the deaths and injuries of thousands of Ukrainian civilians. All reports of human rights violations must be thoroughly investigated and close cooperation with the International Criminal Court is essential.

Selenskyj calls on Russians to resist after partial mobilization

Ukrainian President Volodymyr Zelenskyy has called on the Russian population to resist partial mobilization in the country. 55,000 Russian soldiers have already died since the start of the Russian war of aggression on February 24, Zelenskyy said in his nightly video address. “Do you want more of it? No? Then protest against it. Fight it. Run away. Or surrender,” Zelenskyj continued. “You are already complicit in all the crimes, murder and torture of Ukrainians,” Zelenskyy said in his video message to the Russian population. “Because you were silent. Because you keep silent.”

Deaths in explosions before “referendums” in Russian-occupied territories

A day before the planned start of referendums on joining Russia, explosions rock marketplaces in the affected Ukrainian provinces. There were deaths both in Donetsk in eastern Ukraine and in the city of Melitopol in the southeast. According to the mayor of Melitopol, who is in exile, three soldiers were killed in the shelling of the crowded market square on Thursday. It is unclear how many civilians are among the victims. Representatives of Russia and Ukraine blamed each other for the explosion in Melitopol. The information could not be independently verified.