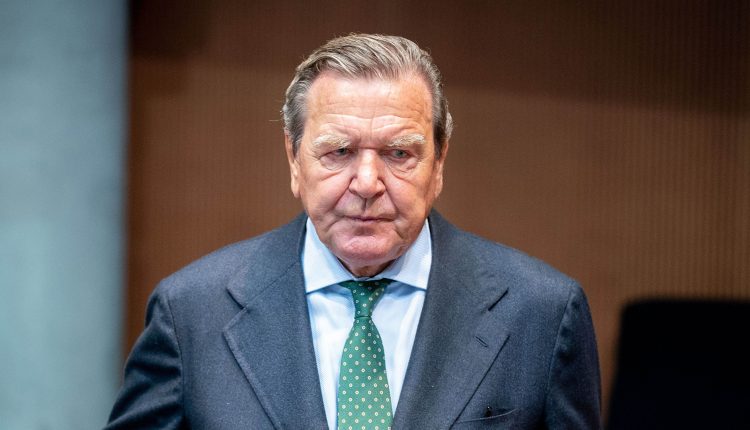 SPD Chairwoman Esken sharply criticized former Chancellor Schröder for his statements about the Kremlin’s alleged willingness to negotiate. Around 21,000 Ukrainians want to attend a university in Germany. The developments in the live blog.

SPD leader Esken: Schröder is acting in his own interest

SPD co-chair Saskia Esken sharply criticized former Chancellor Gerhard Schröder for his statements about Russia’s President Vladimir Putin’s alleged willingness to negotiate in the Ukraine war. “Gerhard Schröder is not acting as an ex-chancellor, but as a businessman, and that’s how we should interpret his statements,” Esken told the newspapers of the Funke media group. “With everything he does and says, he acts in his own interest and in that of his business partners.”

Schröder has long been criticized for his closeness to Putin and the Russian oil and gas industry. In the opinion of many SPD comrades, even after the Russian invasion of Ukraine in February, he did not sufficiently distance himself from Russia. At the end of July, the former chancellor paid another visit to Putin in Moscow and then gave an interview to Stern magazine and the RTL and ntv channels in which he said, with regard to the Ukraine war: “The good news is that the Kremlin wants a negotiated solution.” These and other statements in the interview met with massive criticism across all parties in Germany, but also internationally.

Around 21,000 Ukrainian school leavers and students want to go to university in Germany. The President of the German Rectors’ Conference (HRK), Peter-André Alt, told the newspapers of the Funke media group with a view to the study interest expressed up to June. In addition, there are 10,000 students who have fled Ukraine but do not have Ukrainian citizenship. Before the war began, Ukraine was a popular place to study, especially for young people from poorer countries.

“However, the figures are volatile because it is not easy to reliably record how many students and those entitled to study from Ukraine are actually in Germany,” emphasized Alt. This also has something to do with the fact that some students have already gone to Ukraine had returned.

The live blog from Friday to read