Lauterbach: “Reason for joy – but no all-clear” 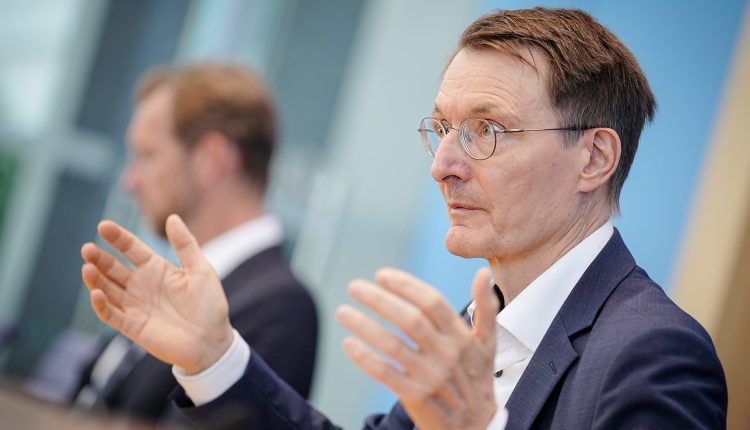 According to Health Minister Lauterbach, the fading summer wave is cause for celebration. Nevertheless, more infections can be expected again from autumn. There will therefore be new corona requirements – but also the new Omikron vaccine.

Federal Minister of Health Karl Lauterbach was pleased with the fading Corona summer wave. “We have a favorable development in the summer wave, with a robust decline in the number of infections and lower mortality,” he said at the federal press conference. Even if the number of unreported infections is high: “The decline is real.” This was shown, among other things, by new data from the Robert Koch Institute. According to the latest weekly report, the current wave has peaked.

However, this is not a reason to give the all-clear. Because in autumn, as the modeling showed, a renewed increase in the number of cases is to be expected. This is mainly due to the fact that life then increasingly takes place indoors again.

Bernd Rasem, NDR, at the press conference on the Corona situation

Lauterbach therefore campaigned again for the planned infection protection law, which is to be passed in the Bundestag at the beginning of September. In the first stage, this provides for the federal states to be given the opportunity to issue further requirements for interiors from October 1st. For example, if the infection situation is tense, wearing respiratory masks indoors could become mandatory again. “I believe that the federal states will all do it,” said the SPD politician.

Exceptions should apply to restaurants, for example. People who were vaccinated less than three months ago and who have a recent test or proof of recovery can also expect relief. As a reason, he said that three months after vaccination there is not only very good protection against severe disease, but also against infection.

In the second stage, the exceptions can then be dropped and upper limits for meetings can be set. Other parameters should be taken into account, such as the number of deaths or the situation in intensive care units.

New vaccines from the end of September

Lauterbach further explained that the new omicron-specific vaccine is about to be approved. “The European approval authority will deal with the new vaccine at the beginning of September. As a result, the delivery of the doses in Germany can probably begin on September 28th.” Germany has ordered large quantities of the new vaccine, which is also intended to help against the BA5 variant, so that many people can be vaccinated quickly.