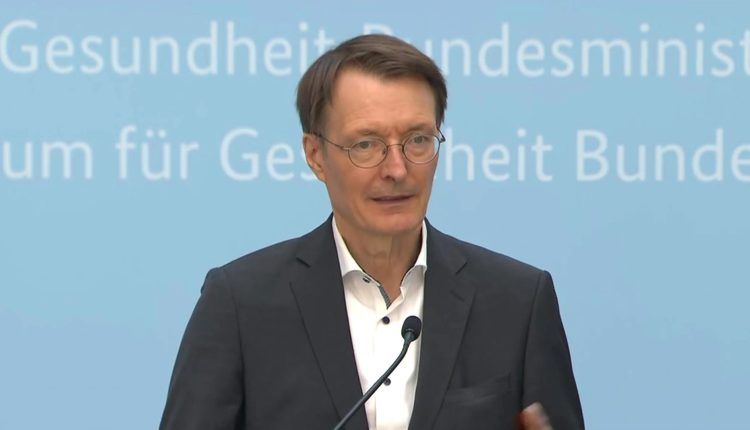 The legal basis for the Corona measures expires in September. Minister of Health Lauterbach therefore wants to give the federal states as many resources as possible. The industry is also very worried.

In view of a possible large corona wave in autumn, Federal Minister of Health Karl Lauterbach announced that he would provide the federal states with an “extensive set of tools” to cover various scenarios. “It can’t be a narrow-gauge affair,” said Lauterbach in the ARD-Broadcast Anne Will.

The legal basis for the basic measures, which have now been severely restricted, will expire in September – and at the same time there are fears that the number of infections, which is already increasing, will rise again sharply.

Unlike the Chancellor and the FDP, Lauterbach did not completely rule out school closures. “I think they are very, very unlikely. They would then be the very last resort. But I would be careful to rule them out categorically, because: We don’t know which (virus) variants are coming,” said the SPD politician. On the other hand, he no longer considers an extensive shutdown of public life through a lockdown to be necessary as a protective instrument. “We simply have too good an immune status in the population for that.”

Justice Minister Marco Buschmann, who is negotiating with Lauterbach about future measures that are fundamentally possible, has already ruled out a number of protective measures that were possible earlier, including school closures. Chancellor Olaf Scholz also had ARD–summer interview said, “There should be no more school closures”. Scholz also announced that no drastic measures would be necessary for autumn and winter as in previous years. The nationwide legal basis for the Corona measures expires on September 23.

Politicians from several parties are calling for the future to focus more on tests than on renewed access restrictions such as 2G or 3G. The Green health politician Janosch Dahmen spoke out in favor of compulsory testing if the mask requirement and vaccination campaign were not sufficient. “If we find that despite the masks in the interior and booster vaccinations, the infection dynamics are increasing again, it may be that effective hygiene concepts including access controls are needed again,” he told the “Welt”.

In this case, a general obligation to test makes sense, regardless of whether someone has been vaccinated or recovered, says Dahmen. “Because those who have been vaccinated and those who have recovered can also become infected – albeit less frequently – and infect others.” The task now is to create the legal basis for such a step.

The health policy spokesman for the Union faction, Tino Sorge, also spoke out in favor of “Welt”. “Unfortunately, current vaccines do not protect against infection,” he said. Tests would create security in many places next autumn.

According to Industry President Siegfried Russwurm, the economy in Germany is looking with great concern to the corona development in the coming autumn. “In addition to the double crisis of Corona-related delivery bottlenecks and the consequences of the war in Ukraine, there is a risk of high staff shortages due to the epidemic situation, which would seriously burden large parts of the German economy,” said the President of the Federation of German Industries (BDI) of the dpa news agency .

The corona policy of the past few years is disappointing in terms of the increasing number of infections and the significant encroachments on fundamental rights that have taken place. “There is still no reasonable data, incidences are still being collected manually, sometimes with a considerable time delay,” Russwurm criticized. For the coming weeks and months, a pandemic plan with uniform measures is more important than ever. Different specifications in the federal states cost the industry too much time, money and resources.

In order to be able to better assess the infection process, the medical officers are calling for the wastewater to be examined for traces of corona in all municipalities – and not just in some cities and communities as has been the case up to now. “The wastewater analysis is an excellent tool for pandemic control,” said the chairman of the Federal Association of Physicians in the Public Health Service, Johannes Nießen, of the Funke media group. In Cologne, the analysis found that only half of the infections were recorded in the official corona reporting numbers.

Nießen heads the Cologne health department and is a member of the federal government’s Corona Expert Council. The method costs little, the effort is low, and you get a real-time picture of the situation of the pandemic. The coronavirus mainly affects the respiratory tract. However, particles of the pathogen can also be detected in the stool and accordingly in the waste water.