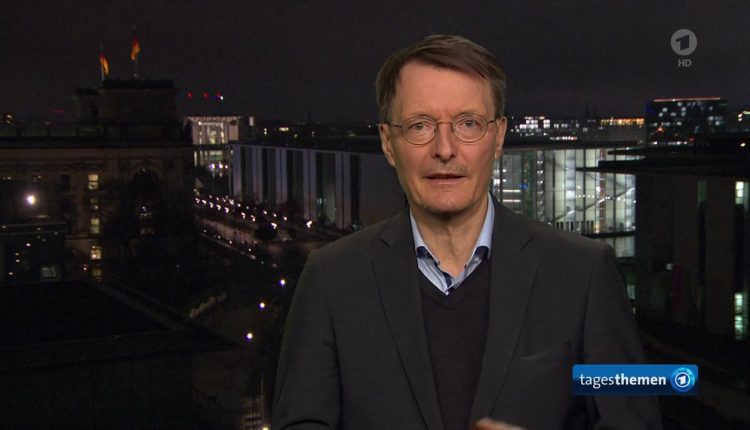 The previous clinic financing has not proven itself, says Health Minister Lauterbach in an interview with the daily topics. The reform would improve the quality of many treatments and reduce costs.

Health Minister Karl Lauterbach expects his hospital reform to improve treatment in clinics and reduce costs. “We will definitely get better results for many interventions,” said Lauterbach in an interview with the daily topics. The reform would reduce the economic pressure on clinics. The focus is therefore less on the economy and more on medicine.

Karl Lauterbach, Federal Minister of Health, on the reform of hospital financing

Financing is to be reorganized

The proposals envisage paying fixed amounts for certain basic costs of the houses, such as staff, an emergency room or necessary medical technology. The clinics are also to be divided into three categories: “Basic care” houses close to home should be there for emergencies or basic surgical interventions and should be completely removed from the case-based flat-rate system. Level two should include clinics with more extensive services, level three the maximum care of the university clinics.

According to Lauterbach, this would mean that small clinics would no longer have to do complicated procedures for which they are not specialized – this would be good for the patients. “People survive better and longer with the same cancer if they have had surgery in a center. That’s what we would achieve with it.”

In addition, specialist departments of the clinics are to be assigned to so-called service groups. This is to ensure that only hospitals that know their way around and are adequately equipped can bill for certain treatments.

The strong financial pressure under which many clinics have been working so far is also exacerbating the shortage of staff, said Lauterbach. Many young doctors and nurses no longer want to work like this and have the feeling that some interventions are “not done for medical reasons, but at least in the gray area for economic reasons”. This frustrates many employees. The reform should therefore also help to prevent many specialists from fleeing the clinic system.

Lauterbach: The previous system has not proven itself

For almost 20 years, the hospitals have been financed by case flat rates, which means that they receive a flat rate from the health insurance companies for each treatment case. The basic costs of running a clinic – such as staff or certain technology – must also be largely financed from this, even if no treatment takes place. This system has not proven itself, says Lauterbach now. “The result is that relatively cheap medicine follows in the hospital and medicine where you try to make as many cases as possible.”

This side effect was already known when the flat rate per case was introduced. Lauterbach had advised the then SPD Minister of Health on the reform. Lauterbach said it was not suggested by the advisory group at the time as “radically” as the flat-rate fees were then introduced.