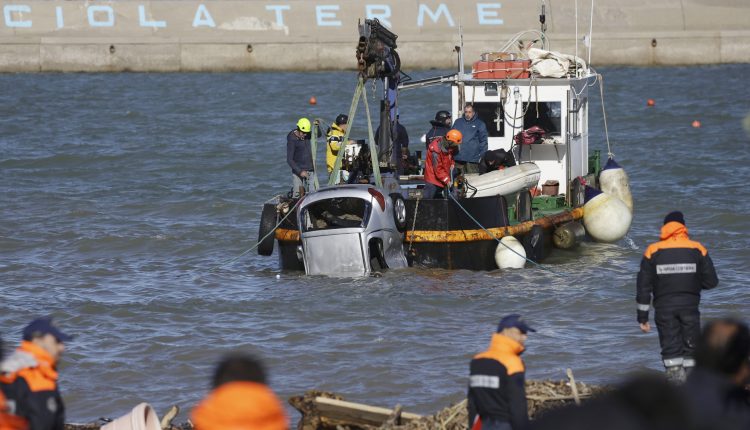 After the storm on Ischia, the Italian government declared a state of emergency. This clears the way for fast aid payments. In the afternoon, the rescue workers discovered a third fatality.

After the severe landslide on the island of Ischia, the Italian government declared a state of emergency for the island on Sunday. After a crisis meeting of the cabinet, a first tranche of two million euros for rescue and reconstruction work was released, said Civil Defense Minister Nello Musumeci. Prime Minister Giorgia Meloni explained that the government is closely linked to citizens, mayors and localities on Ischia.

The death toll has risen to three

In the afternoon, the rescue workers discovered the body of a woman in the northern coastal town of Casamicciola, as the responsible prefecture in Naples explained. Firefighters had previously found the body of a little girl. Already on Saturday, the rescue workers found a dead woman in her 30s. Nine people are still missing, including two families with children. Four people were injured – one seriously.

According to information from the prefecture, the emergency services have so far evacuated 167 people from their homes and accommodated them in a hotel, among other things. Around 150 firefighters and around 220 police officers are on duty. According to media reports, divers were also called in.

The search turned out to be difficult. The helpers had to dig through enormous amounts of mud and rubble in the port city of Casamicciola, some of which, according to the fire department, were six meters high.

Storm in Italy: several missing after a landslide on Ischia

Italy’s interior minister, Matteo Piantedosi, said the search for the missing people continues – the weather conditions have meanwhile improved. Storm and heavy rain hit the island on Saturday night and caused serious damage, especially in places on the north coast. Landslides came off the slopes, floods of water, mud and rock drove through the streets, cars and buses were damaged and some washed into the sea.

The Ansa news agency spoke on Saturday of around 30 families trapped in their homes by the mud, without electricity and water. The access to her quarter was therefore blocked by mud and debris.

Several cars were washed into the sea by the force of the water and mud.

The situation was apparently also aggravated by construction activity in high-risk areas. The area is considered a risk area for landslides. “There is terrain that cannot be settled,” said geologist Riccardo Caniparoli on Italian television channel RAI. This violated norms and laws. Italian Fire Brigade spokesman Luca Cari said there was still a risk of landslides in the upper part of the city, on a mountainside.

Pope Francis addressed the island’s residents and assured them of his closeness. He prays for the victims and the rescue workers.

Another fatality recovered after landslide on Ischia