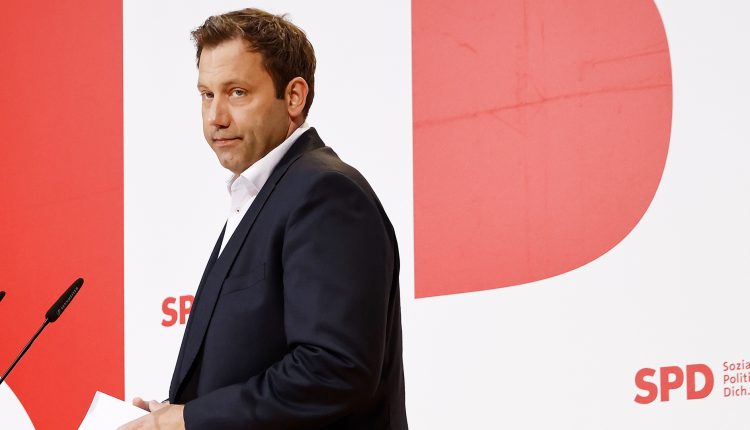 SPD boss Klingbeil puts the armaments industry in Germany under pressure. In view of the massive lack of ammunition, capacities would have to be expanded at high speed, said Klingbeil Report from Berlin. If necessary, you have to buy ammunition from other NATO countries.

Defense Minister Christine Lambrecht has 100 billion euros available for the modernization of the Bundeswehr. But procurement of new equipment is progressing slowly. Above all, the Bundeswehr suffers from a dramatic lack of ammunition because too few were ordered for years. According to a media report, in the event of war the Bundeswehr would run out of ammunition within two days. This was reported by the magazine “Business Insider” with reference to consistent information from representatives of the defense industry, experts and defense politicians in the Bundestag.

SPD leader Lars Klingbeil emphasized in Report from Berlinthat we now have to work quickly to procure more ammunition and equip the Bundeswehr better. You have a “great responsibility” here that the soldiers are better equipped on their missions.

More ammunition had already been produced in the past few weeks, but this went one to one to the Ukraine, Klingbeil continued. It has to be reordered. Actually, he had expected that the armaments industry would already expand its capacities with the start of the Ukraine war on February 24 and the speech by Chancellor Olaf Scholz and not just wait and see what politicians would do.

“These abuses must be remedied,” Lars Klingbeil, SPD party chairman

If necessary, buy from NATO countries

With the budget decision, the money is now there. Most recently, the federal government had declared that Germany would have to buy ammunition for 20 billion euros. The armaments industry must now expand its capacities at great speed for reasons of security policy. And if you can’t manage that, you have to see if you buy from other NATO countries, says Klingbeil.

He assured that equipment such as underwear, protective clothing, backpacks and others had been ordered weeks ago. This would be “in the process” and will be there at the end of the year. Many would think you have a big closet, everything is in there and you can pull it out when needed. But that’s not the case, everything has to be produced from scratch.