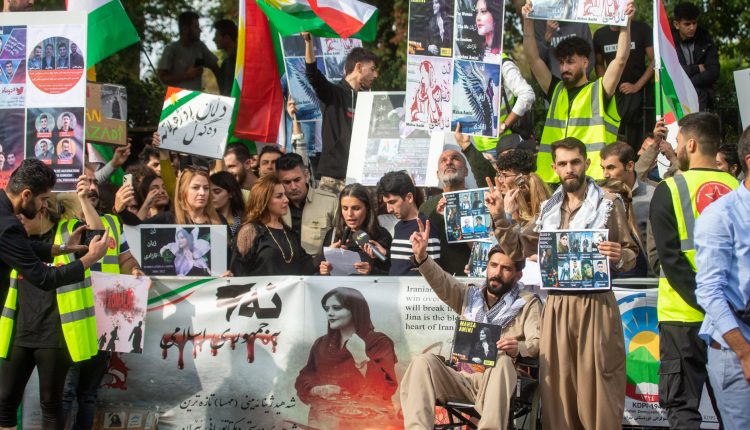 Iran’s armed forces and intelligence agency have warned against taking part in protests. After the death of a 22-year-old in police custody, the demonstrations do not stop. There are now said to be 36 dead.

Iran’s military has issued the strongest warning that security in the country could be disrupted. “We will not allow the enemy to take advantage of the situation,” the Iranian news agency Isna said in a statement.

According to the Tasnim agency, the secret service also warned against participating in “illegal gatherings”. On Thursday, Justice Chief Gholam-Hussein Mohseni-Edschehi ordered the security forces to crack down on the nationwide protests.

At the same time, according to state media, thousands of people took to the streets nationwide to support the government’s course. The government-organized demonstrations saw supporters march through several cities after Friday prayers. According to the state news agency IRNA, the demonstrators also shouted slogans such as “Death America”, “Death Israel” and “Our people are awake and hate troublemakers”.

The country, which has been under Islamist rule since the 1979 revolution, is currently experiencing an unprecedented wave of protests. The protests were triggered by the death of 22-year-old Mahsa Amini. She was arrested by the vice squad for allegedly violating the headscarf rule. What exactly happened to Amini after her arrest is unclear. She fell into a coma and later died in a hospital. Police say she had a heart attack. According to human rights activists, Amini suffered a fatal blow to the head.

Arrest of reporters and activists

According to state television, at least 17 people died in the protests that followed. The Iran Human Rights organization based in Oslo even spoke of 36 dead. According to Iranian media, 280 people had been arrested by Thursday.

One of the journalists who helped publicize the Amini case is now in custody. This is reported by the daily newspaper “Schargh”, for which she works. Among other things, the reporter Nilufar Hamedi had visited the hospital where Amini was lying. The authorities also arrested prominent activist Majid Tawakol. A photojournalist had previously been arrested while reporting on the demonstrations in Tehran.

EU advises on how to proceed

Meanwhile, the federal government is demanding clarification. She was also “dismayed that numerous other people apparently lost their lives in the nationwide protests over the death of Ms. Amini,” said government spokesman Steffen Hebestreit. Chancellor Olaf Scholz described Amini’s death as terrible. The fatalities in the protests of “brave women” in Iran depressed him, Scholz wrote on Twitter.

A spokeswoman for the Federal Foreign Office also confirmed that the German government is monitoring the situation in Iran with great concern. She called on the leadership in Tehran to allow peaceful protests and to stop using violence. Regarding the reactions of the federal government to the events in Iran, the spokeswoman said that Germany is currently exchanging ideas with partners at EU level on a joint approach. Nothing can be said about possible concrete steps at the moment.

Thousands of regime supporters at counter-demonstration in Iran