Iran: Another authority announces the end of the moral police 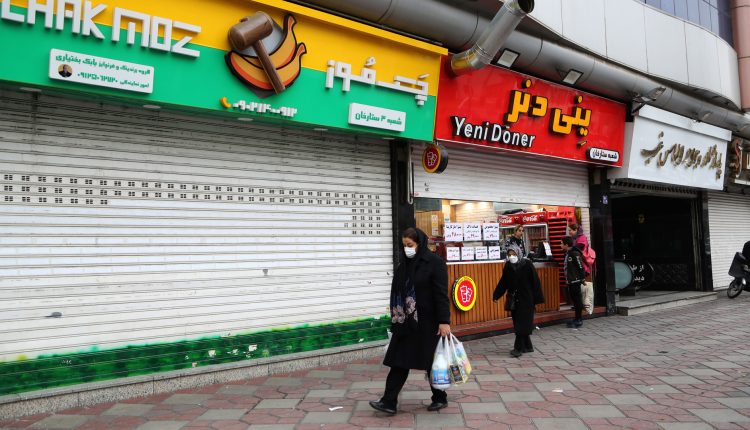 Iran’s “Virtuity Authority” is now also talking about an end to the moral police, but doubts remain. The regime continued to impose death sentences over the demonstrations. Nevertheless, people took to the streets again.

In Iran, another authority has spoken of an end to the activities of the vice squad. “Motion police operations have been halted by order of the prosecutor’s office,” said Ali Chanmohammadi, spokesman for the Center for the Promotion of Virtue and the Prevention of Vice, as reported by the news portal Entekhab. The Morality Police have so far implemented the strict moral and behavioral codes in Iran set by the Virtue Center.

Iran’s Attorney General, Mohammed Jafa Montaseri, had previously spoken of the end of the vice squad. However, the announcement was viewed with skepticism among activists and observers, and a diversionary maneuver was suspected.

On the one hand, Iranian experts said that only the interior ministry could make such a decision, on the other hand, activists assumed that another agency would continue the activities of the vice squad. Montaseri himself had also said that the judiciary would continue to deal with the behavior of society, for example the headscarf requirement would continue to be controlled.

The action taken by the moral police was the trigger for the protests, which have now been going on for more than two months. In mid-September, the Islamic moral guardians arrested 22-year-old Mahsa Amini because a few strands of hair were said to have stuck out from under her headscarf. Amini died a few days later in the custody of the vice squad.

Since then, the demonstrators have been demanding an end to the dress code and, in many cases, the end of the Islamist regime as well. Human rights activists assume that more than 18,000 people have been arrested and at least 470 killed.

According to activists and eyewitnesses, the demonstrations continued on Tuesday. On the streets of the capital Tehran, the demonstrators shouted “Death to the dictator” and “We don’t want an Islamic Republic (anymore)”. There were initially no reports of violent clashes between security forces and demonstrators. Since Monday there has also been a call for a three-day general strike to put economic pressure on the regime. Although there are numerous photos of closed shops on social media, there is hardly any reliable information on how many are following the call for a strike.

The leadership in Tehran accuses other countries, including Germany, of fueling and organizing the protests. The Revolutionary Guards arrested 12 people accused of alleged connections to Europe and planning acts of sabotage. Those arrested were “under the leadership of counter-revolutionary actors from Germany and the Netherlands” and carried out “activities against national security,” reported the pro-government news agency Tasnim, citing a statement by the Revolutionary Guards. Accordingly, the group tried to get weapons for “subversive acts”.

The judiciary also sentenced five other people to death. They are accused of the death of a security officer, the Isna news agency reported. Eleven others, including three demonstrators under the age of 18, were sentenced to long prison terms for alleged involvement in the incident. The death sentences could be appealed, it said.

According to a report by the news portal Etemad, Iran’s head of justice, Gholam-Hussein Mohseni-Edscheh, announced on Monday that the first sentences against demonstrators would soon be carried out. Several decisions have already been confirmed by the Supreme Court, including death sentences imposed for “Moharabeh” – “war against God”.