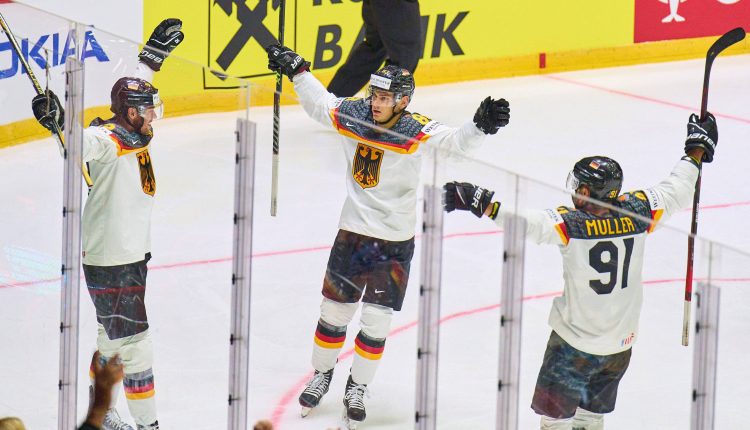 After the opening defeat against Canada, the German ice hockey team achieved their first unexpected success at the World Cup in Finland: they managed a surprise win against Slovakia.

The German national ice hockey team came back with passion against Slovakia and celebrated their first win at the World Cup. Three months after the 0: 4 against the Slovaks at the Olympics in Beijing, the selection of national coach Toni Söderholm celebrated a 2: 1 (0: 0, 2: 1, 0: 0) against the Olympics in Helsinki on Saturday (May 14th, 2022). – third party

Matthias Plachta from Adler Mannheim with a strong solo effort (22nd minute) and Leo Pföderl (27th) from Eisbären Berlin shot the 2021 World Cup semi-finalists on their way to the quarter-finals to success against their direct competitor. This time the Germans with NHL goalie Philipp Grubauer only allowed Kristian Pospisil (32nd) to score.

In front of 4,387 spectators in the hall, which was more than half full, the second third was decisive. With three points from the difficult first World Cup weekend with the games against Canada (3:5) and Slovakia, they created a good starting position for the supposedly decisive tasks for progression.

Unlike against Canada, the Germans avoided going behind this time. However, they didn’t use a manpower situation carelessly made possible by the Slovaks at the end of the first third, nor did they use a power play in the second period, when they even had two more players on the ice for more than a minute.

Tension in the last third

The lead resulted from a strong individual performance by Plachta: the experienced player stormed into the offensive zone at great speed, the puck bounced off a Slovak into the goal. Despite the interim two-goal lead thanks to the interaction of the two Berliners Marcel Noebels and Pföderl, things quickly got exciting again: Grubauer was able to parry at first, but then let Pospisil, who came from behind the goal, overcome him.

At the end of the second third, the Germans came under pressure – but withstood it and survived a 3:5 deficit at the beginning of the final section. With morale, the Olympic tenth brought victory over time.