How dependent is Europe on China? 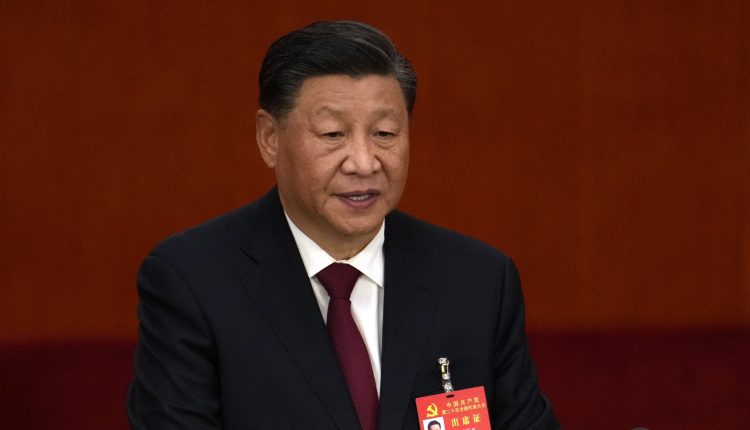 China is brimming with self-confidence and market power. Concerns are growing in the EU because the dependency on the People’s Republic is high in many areas. Germany in particular is considered vulnerable.

The Europeans’ latest attempt to pressure China’s strongman ended in a crash landing. That was early April, Russia’s demolitions in Ukraine had just peaked. EU Commission President Ursula von der Leyen wanted to forge a pact with Xi Jingping. The head of state and party leader should side with the EU and take a clear stance against Vladimir Putin. That went terribly wrong. Xi brushed off the commission chief.

Von der Leyen then tried to save the situation. At least it was made clear that China “if it doesn’t support Europe’s sanctions, at least it shouldn’t circumvent them.” Otherwise China would “massively lose its reputation in Europe.”

Xi appeared unimpressed. He did not oppose Putin – but recommended that the Europeans should make themselves more independent from the United States.

Since then, at the latest, it has been clear in Brussels that the EU must reorganize its relations with China. The strong man in Beijing will not be co-opted, not even against Putin’s aggression – and that’s why the close economic ties are now seen as an almost incalculable risk. The dependence on China as a sales market, but also on Chinese raw material supplies, is too great.

“Lithium and rare earths will soon be more important than oil and gas,” von der Leyen said five months later in front of the European Parliament in Strasbourg. The only problem is that China dominates almost the entire market in this segment. “We must avoid becoming dependent again on gas and oil like we are now experiencing.”

“Xi does not shy away from war”

Almost 90 percent of the world’s rare earths are processed in China. The EU internal market is dependent on the preliminary products. The experts in the think tanks therefore listened carefully to every word, to every subordinate clause, in Xi’s speech at the Communist Party Congress.

“The speech should deeply concern German and European business elites,” says China expert Tim Rühlig from the German Council on Foreign Relations. Because Xi has made it clear that he will not do without Taiwan and will use force if in doubt. “Xi does not shy away from a war.”

The automotive and chemical industries depend on China

Whether the USA will then react militarily is still a question mark for some. What is certain is that in the event of any military aggression by China against Taiwan, there will be severe economic sanctions, at least as severe as those against Russia.

That would hit Germany the most. No country in the EU is as dependent on trade with China as Germany. Rühlig sees the entire business model of large German companies under threat. “It’s not at all because the entire German economy is dependent on China,” said the China expert. “But key industries, especially the automotive and chemical industries.”

The chemical group BASF is currently investing ten billion euros in China, which is considered an almost unprecedented commitment in the company’s history. Volkswagen also continues to rely on good contacts with Beijing. Volkswagen sells 40 percent of all new cars in the People’s Republic. Even as China’s growth slows, its auto market has recovered better from the coronavirus pandemic than comparable regions around the world. Most recently, there was an increase of 15 percent in new registrations in China.

For the VW management, this is an invitation to continue as before. Even the reports of forced labor in camps for Uyghurs, whose location near Volkswagen production sites has been proven by satellite images, cannot dampen the Wolfsburg residents’ joy at good business. “It’s about taking our values ​​into the world,” said VW boss Oliver Blume in early September of “Bild am Sonntag” – “also to China, also to the Uyghur region”.

The Greens politician Reinhard Bütikofer sees an increasingly critical view of the China business in the medium-sized companies. But Bütikofer, who is regarded in the European Parliament as an outstanding expert and at the same time a harsh critic of the communist ruling squad in Beijing, also says what is not possible. “The fact that individual CEOs believe that whatever is good for the CEO of Volkswagen or BASF is also the right solution for the whole of Germany.”

The China expert Rühlig argues that politicians could take countermeasures in that the investments are no longer so generously secured with taxpayers’ money, through state guarantees. “With these guarantees, German politics has politically secured German economic activities in China for many decades.” That must come to an end in the current situation.

Mild tones from the Chancellery

Economics Minister Robert Habeck recently limited the cushioning of the risks and rejected some investment guarantees – also with reference to the human rights violations in China. Habeck and Foreign Minister Annalena Baerbock want a tougher approach to Beijing. The chancellery, on the other hand, is coming out with milder tones, which seem to still rely on cooperation.

MEP Bütikofer calls on the federal government to reduce dependencies now. He also followed Xi’s speech closely. The part of the speech about the attacks against Taiwan got the longest round of applause. “You have to take it very seriously.”

There can be even fewer doubts about the economic goals. Bütikofer sees China on a course of economic nationalism: decoupling from the West where the leadership believes that independence will strengthen its own position of power. And at the same time the attempt to make international investors dependent on China “in order to be able to use them against the governments of these countries if necessary”.

How dependent is Europe on China?