Headwind for Meloni: Italy’s gas station operators are on strike 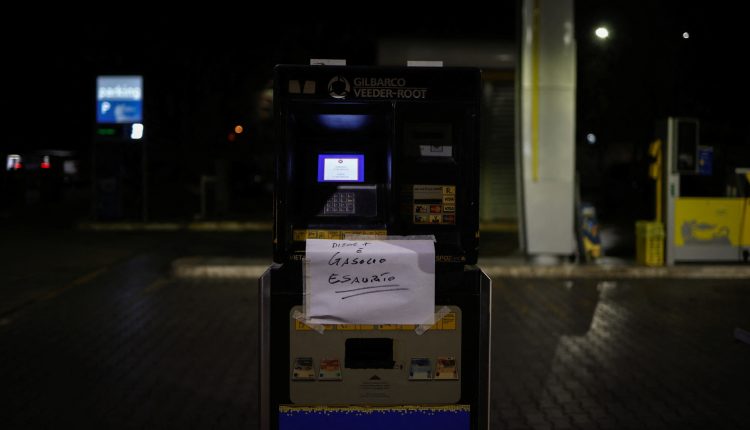 Because of a gas station strike, no petrol or diesel is flowing at many petrol pumps in Italy. At the same time, the anger about rising fuel prices is growing. The Meloni government gets into trouble for the first time.

Luca Valente keeps his gas station closed near Termini train station. The Roman takes part in the nationwide strike of the Italian gas station operators. “I think it’s right that we’re on strike,” emphasizes Valente, adding sarcastically: “At the end of this whole game, it’s all our fault that the prices are so high. We only earn three cents a liter”.

With their strike, the gas station attendants are protesting against a decree by the Meloni government. It stipulates that petrol station operators must also display the regional average price in future in addition to their own prices for petrol and diesel. Prime Minister Giorgia Meloni, who is feeling headwind for the first time, says this creates more transparency: “The central theme of this measure is to post the average price per week to show consumers what the situation is.” That is, says Meloni, “a measure of common sense.”

Fuel prices have risen significantly since the beginning of the year

Petrol station owners, on the other hand, have the impression that the government wants to make them a scapegoat for the public’s anger at the high price of petrol. That’s unacceptable, criticizes Bruno Bearzi, president of the gas station leaseholders’ union: “The message that gets across is that we’re responsible for some kind of speculation.” This message is simply wrong.

A message that hits a heated mood among Italian drivers. Since the beginning of the year, prices at the petrol pumps have risen significantly – partly because taxes have increased since Meloni did not extend a reduction in mineral oil taxes decided by the previous Draghi government.

Alessandra Battistelli from Rome, who refueled her small car shortly before the strike, is angry: “It’s a tragedy for me. I’m dependent on the car. I have to leave the house at 5 a.m. for my work”. In In Spain, says the Roman, she would “pay 30 euros for a full tank, here not even 50 euros are enough for me”.

Difficult competitive situation in the market

In addition to the mineral oil tax, a difficult competitive situation is responsible for the traditionally rather high prices in Italy. The market leader for gas stations, and thus decisive for pricing, is the semi-state-owned group ENI, which also operates oil production at the same time.

In this situation and with increasing mineral oil tax, presenting two price tags as a solution is a mistake, agrees Salvatore Carollo. The government, says the analyst and former ENI manager, is catching the wrong people with its measure: “If you hand over the entire responsibility for the oil supply crisis to the smallest in the chain, the gas station leaseholder, you really risk looking ridiculous do”.

The discussion about the strike and the price of petrol is having its first political impact in Italy. The daily newspaper La Repubblica headlines: “Expensive petrol slows down Meloni’s upward trend”. Since winning the election in November, her Fratelli d’Italia party has grown steadily. In the current polls, the Meloni party is losing approval for the first time.