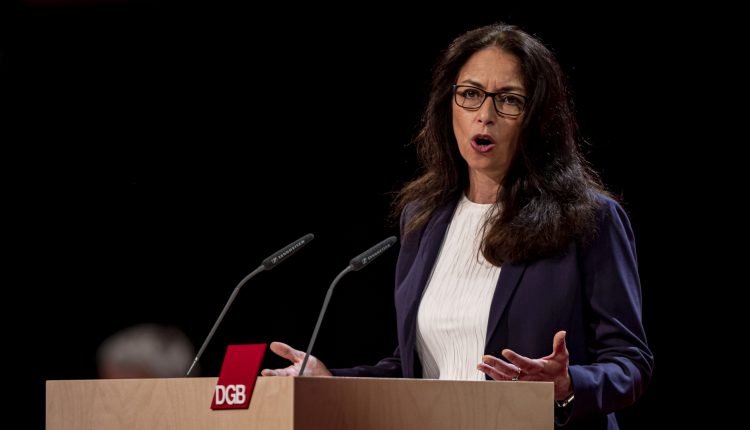 DGB boss Fahimi has called for a rethinking of German migration policy. Refugees should quickly be entitled to basic security and direct access to the labor market. However, this would not solve the shortage of skilled workers.

The chairwoman of the German trade union federation, Yasmin Fahimi, has called for a fundamental about-face in German refugee policy. It should be based on the regulations for war refugees from Ukraine.

“I’m thinking of the quick right to basic security, but above all direct access to the training and job market,” she told the newspapers of the Funke media group. “I don’t really understand why we still maintain this system of distinguishing between basic security and asylum seeker benefits,” she explained.

At the same time, Fahimi complained about bureaucratic hurdles in integrating Ukrainian refugees. “Before the refugees can claim any services, they have to go to the immigration office to have their stay confirmed. They need a personal appointment for this – and that’s the bottleneck at the moment. That often takes many weeks.”

Fahimi said it was a dangerous phase in which people from Ukraine were getting “not well-intentioned and sometimes illegal job offers.”

Fahimi: Refugees will not solve the shortage of skilled workers