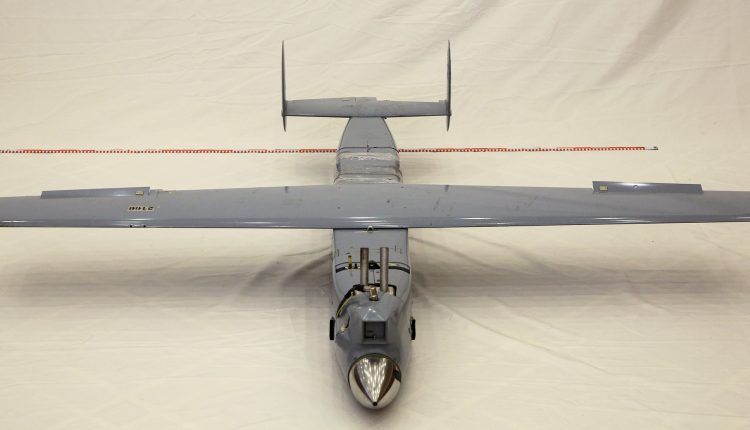 For three years, experts have been studying weapons used in eastern Ukraine. They found engines from German production in Russian drones that had also flown to EU countries.

A few days ago, a video from eastern Ukraine attracted international attention: the Ukrainian armed forces said they were using a combat drone for the first time against a battery of howitzers in the separatist area. The federal government expressed concern that both sides were using drones in the war, which has been going on since 2014. This is reserved for the OSCE’s observer mission alone.

Indeed, the Russian-backed separatists have long used drones. The research organization “Conflict Armament Research” (CAR) examined six different models of Russian military drones and one non-military model in eastern Ukraine over a period of three years. They had been seized in the conflict area. The work was financially supported by the EU and the Foreign Office in Berlin. The organization with around 50 employees has offices in London and Brussels.

In a recently published report on the use of weapons in the conflict area, the CAR team uses extensive details and photos to describe what it found out while tracking the origin of the components used. Because if the drones were also assembled in Russia, components such as cameras and engines often come from other countries, including Germany. This applies to a reconnaissance drone that was marked with the number 2166. Ukrainian armed forces shot down such a model in February 2017.

CAR experts found a 3W-55i single-cylinder engine, manufactured by the German company 3W-Modellmotoren Weinhold GmbH, based in Hanau, Hesse. In response to a questionnaire from CAR, the company announced that it had sent the part to the World Logistics Group in the Czech Republic in October 2013.

This company in turn did not respond to inquiries from CAR. According to the business register of the Ministry of Justice in Prague, it was liquidated in 2018. The three managing directors were Russian citizens, and one of them had connections to security organs in Russia, according to the CAR report. However, this is not proof that the World Logistics Group acted on behalf of the Russian state.

However, the tracing of components of Russian UAVs has shown that independent Russian electronics and components dealers are buying foreign technology on behalf of Russian defense and security agencies. So far, the Russian authorities have not responded to inquiries from CAR.

In use over Poland and Lithuania

Apparently such models of reconnaissance drones were not only used in eastern Ukraine: authorities in Lithuania seized a drone with the number 2207 in 2016, as stated in a 2019 report by the State Security Unit in Vilnius. CAR learned that it had penetrated the Lithuanian airspace near Latvia and Belarus, flew to Poland and crashed in northeast Lithuania. The experts examined the drone in May of this year and found that the model corresponds to number 2166 except for one component. However, the serial number on the engine had been removed. This could mean that Russian drones with engines made in Germany were used for spy flights in the EU.

CAR found model airplane engines from the company in Hanau elsewhere, namely in an aircraft that Houthi rebels in Yemen used as a reconnaissance and combat drone. A team of experts from the United Nations was able to understand that the engines had reached Iran via Greece, despite the serial number being worn down. From there they presumably went to the Houthi rebels in Yemen.

At the request of CAR, 3W Professional GmbH responded in June 2021 that it had delivered 3W-55i motors to Belgium, Germany, Greece, Indonesia, Sweden, the Netherlands and the USA.

In addition, according to CAR research, German companies were involved in the delivery of a GPS module from the Swiss company u-blox AG to Russia. It was found in the well-known Russian Orlan-10 drone. It was delivered to the German electronics retailer Microdis and then to the partner company MicroEM, which is a Russian retailer for electronic components. At the time of export in 2012, there were no export restrictions to Russia for such goods.

CAR states that all investigated reconnaissance drones consist of components that are used in the civil sector or are suitable for both civil and military use – so-called dual-use goods. The organization also stresses that it had no evidence that the named companies were responsible for the use of their components for military purposes.

However, there are two factors in the EU that facilitate the use of components for Russian military drones. Firstly, there is disagreement between governments and industry on approval requirements for dual-use components. In addition, the companies to which the products are supplied have not been adequately checked, even after the introduction of sanctions against Russia due to the war in eastern Ukraine.

Damien Spleeters, Vice Operations Manager at CAR, shared tagesschau.de with that he and his colleagues did not find any changes in the supply chains during their research after the introduction of the sanctions. “We don’t think the sanctions will affect these deliveries.” He believes it is important that politics be guided by what is used and how it is acquired. “The work that we have done should be used by industry and politics to increase the requirements for due diligence.”

During the war in eastern Ukraine, the problem does not arise solely for the Russian military drones. The Turkish-made Bayraktar drones that the Ukrainian armed forces are now using also contained foreign components. This included components from Germany, Canada and Austria. In response to massive public pressure, the Canadian government and the parent company Bombardier of the Austrian engine manufacturer ROTAX tried to prevent this. Thereupon Ukraine announced that it would build the engines.

Supplementary budget passed in the Bundestag

Asia-Pacific markets set to rise after…

The United States requests a Security…