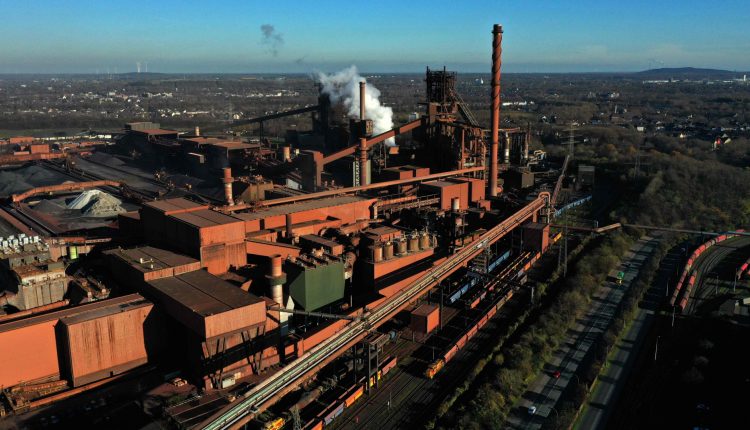 Lack of materials and extreme energy costs: German industry reduced production in August. The prospects for the economy in the coming months are therefore gloomy.

German companies reduced their production in August due to material shortages and high energy prices. Industry, construction and energy suppliers together produced 0.8 percent less than in the previous month, as the Federal Statistical Office announced today in Wiesbaden. It’s the sharpest drop since March this year, the first full month since the Russian invasion of Ukraine began.

Economists polled by Reuters had expected a fall of just 0.5 percent after production stagnated in July. For the year as a whole, it rose by 2.1 percent in August.

According to the statisticians, production continues to be hampered by the severe shortage of primary products. There are several reasons for this: “Disrupted supply chains as a result of the war in Ukraine and ongoing disruptions caused by the Corona crisis continue to lead to problems in processing orders.”

Industry alone reduced its emissions by 0.1 percent in August. The low water on the Rhine also played a role. “In the manufacture of chemical products and in the coking plant and mineral oil processing, production in August was probably affected, among other things, by the restrictions on goods transport in inland waterways as a result of the severe low water,” it said.

In the energy-intensive branches of industry such as the steel industry – which is particularly suffering from the current high energy prices – production shrank even more sharply at 2.1 percent. In construction, production was also down 2.1 percent, while power generation shrank a whopping 6.1 percent.

“Everything points to a recession”

“The continued great uncertainty about the progress of the war in Ukraine and the practically dried up gas supplies from Russia have dampened activities in the industry,” commented the Federal Ministry of Economics on the data. “In view of declining incoming orders and a cooled-down mood in companies, the prospects for industrial activity in the coming months are gloomy.”

Economists made similar comments about the decline in production. “Production remains a long-term patient, so it dabbles at a lower level. That will continue to be the case in the coming months, as central loads will remain,” commented Alexander Krüger, chief economist at the private bank Hauck Aufhäuser Lampe. The question of how long companies will be able to hold out is becoming ever louder. “If relief doesn’t come soon, the bright lights will go out, especially in small and medium-sized companies.”

“With the minus in August, industrial production is continuing its moderate downward trend,” said Jörg Krämer, chief economist at Commerzbank. In the energy-intensive industry, production once again fell significantly, which had an even greater impact on overall production in the fourth quarter. The ifo business climate is already at recession level. He is therefore certain: “Everything points to a recession in the winter months.”