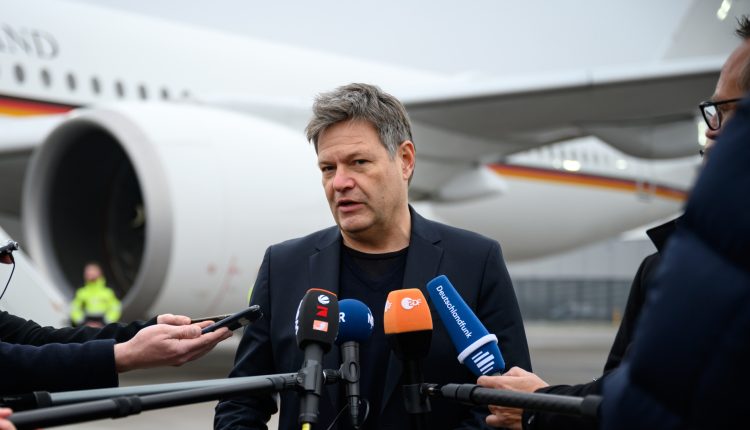 According to Economics Minister Habeck, abusive electricity and gas price increases can be effectively prevented by the energy price brake. The clause provided for this purpose is, however, an effective instrument. There was criticism from the opposition.

Federal Minister of Economics Robert Habeck sees the draft law for a gas and electricity price brake as adequately protected against possible abuse by the electricity companies. Unjustified tariff increases by the suppliers could be effectively prevented.

“First of all, I assume that everyone will of course abide by the law and, in the emergency situation we are in, will only pass on the prices that are really necessary to consumers,” he said before leaving for a trip to Africa . If consideration is given to “testing a gray area”, the intended abuse clause in the law is certainly a clear instrument to take action against it.

Price increases that cannot be justified by rising procurement costs are to be prevented by the end of 2023. In principle, the prices should not be allowed to increase for the entire next year – valid from January 1st to December 31st. Unless the supplier can prove that the plus is “objectively justified”, as stated in the federal government’s draft law.

criticism from the opposition

The opposition party of the Left had previously criticized the planned protection as insufficient and called for stricter controls. “The federal government must approve every new tariff for 2023 for electricity and gas,” said parliamentary group leader Dietmar Bartsch to the editorial network Germany. It should not be that the price brakes become an invitation to cash in for the suppliers and a bottomless pit for the taxpayers. Controls with “claws and teeth” are necessary, which correct the prices downwards, Bartsch demanded.

The Union also called for strict controls against abusive increases in electricity and gas prices. The deputy CDU chairman Andreas Jung told the “Tagesspiegel”: “It must not be that black sheep among the energy suppliers earn a golden nose at the expense of the general public.”

The price brakes are intended to cushion the sharp rise in costs for households and companies. For this purpose, a basic consumption of gas and electricity is to be subsidized by the state, but current, high market prices continue to apply. The brakes should take effect from March 2023, but retrospective relief is planned for January and February.