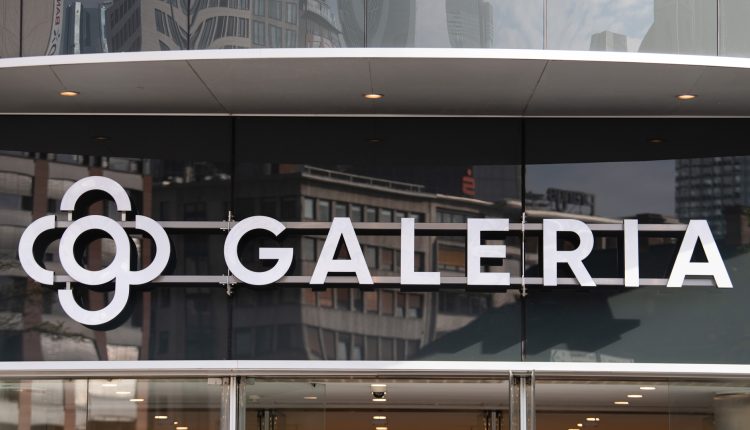 The slump in consumption is apparently making it difficult for the department store group Galeria Karstadt Kaufhof. The management is terminating the collective agreement concluded with the Ver.di trade union. The union Ver.di is sharply critical.

At Germany’s last large department store group, Galeria, the management has unilaterally terminated the collective restructuring agreement concluded with the Ver.di union. Galeria explained that in an “economically tense situation, the company was forced to (..) terminate our integration collective agreement with the Ver.di union in order to stabilize our company again in the long term.”

Ver.di sharply criticized the procedure: “Terminating the integration and transition agreement without any prior notice is the height of social irresponsibility on the part of the Galeria management and the owner company Signa, with the main shareholder (Rene) Benko at the top,” explained Ver.di Federal Executive Board member responsible for trade, Stefanie Nutzberger.

In the past, it was precisely the employees who made it possible for the department stores to survive by refraining from wage increases and additional benefits. “Rescuing the company is now in the hands of the owner and the management,” emphasized Nutzberger.

The result of this termination is the “freezing” of the remuneration of the employees at the current wage level and “the obligation to negotiate with Ver.di in order to adapt the tariff path to the new situation,” Galeria said. The “transition and integration collective agreement” concluded after the merger of Karstadt and Kaufhof in 2019 not only secured the preservation of locations, but also salary increases for employees in line with the area collective agreement.

The department store giant had come under pressure again in the Corona crisis and resorted to state aid. It was only in January that the federal government supported the company with a further 220 million euros. Galeria had already agreed on a loan of 460 million euros with the federal government in 2021. Galeria Karstadt Kaufhof belongs to the Signa Holding of the Austrian investor Rene Benko. Among other things, it has a real estate portfolio worth billions.

Due to rising inflation, rising energy prices and the war in Ukraine, consumer spending plummeted. The industry association HDE sees the retail trade in a dilemma. “Customers are buying less or cheaper, while at the same time energy prices are skyrocketing for companies,” said HDE CEO Stefan Genth.

Galeria boss Miguel Müllenbach even spoke of an “existence-threatening pincer grip” in an in-house podcast.