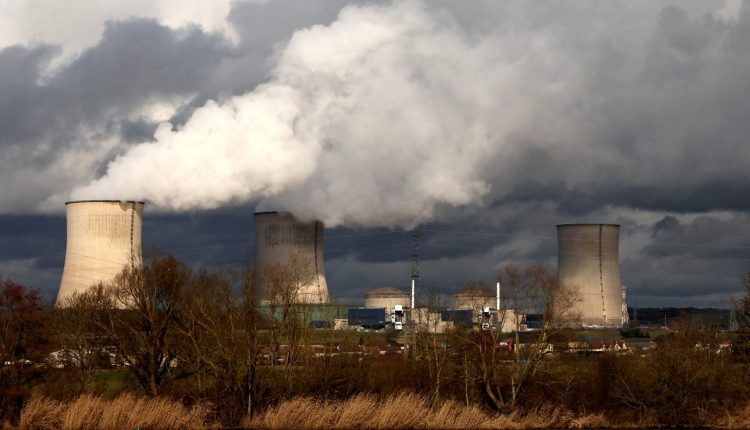 France is less dependent on Russian gas than Germany – thanks to the country’s 56 nuclear reactors. But because more than half of them are standing still and Russia is disappearing as a customer, France’s nuclear industry is under pressure.

But these ambitious plans are currently experiencing a serious setback: 29 of the 56 reactors are shut down. There is a double problem: the state-owned company EDF’s kiln park is showing its age. Many reactors are shut down for routine maintenance. But now, of all things, twelve of the younger series also have to be taken off the grid.

The reason is a corrosion problem that nobody expected. “At the moment, the controls do not allow any statement to be made as to how large the cracks in the cooling tubes are. The reactors have to be shut down for this,” says Bernard Doroszczuk, rapporteur for the Nuclear Safety Authority.

Instead of around 70 percent, France’s nuclear power plants only supplied 37 percent of the electricity requirement in April – less than ever before! Europe’s largest nuclear power provider, Electricité de France, currently estimates the group’s shortfall in revenue for 2022 at 18.5 billion euros. It is already foreseeable that there will be power shortages in winter.

But a quick solution to the technical problems is not in sight. Because there is a lack of skilled workers. “Basically, EDF estimates that by 2026 there will be a six-fold increase in the need for specialist staff. Above all when it comes to the machinery: i.e. pumps, the pipe network, and there is a lack of welders – that’s what drives everyone,” says Jean-Luc Lachaume from the security agency. “And this calculation does not even include the announced construction of new reactors. Nor does it include the need that has now arisen as a result of these unforeseen corrosion problems.”

Instead of renaissance, first of all, renovation. Security auditor Doroszczuk therefore calls for a Marshall Plan. “Industry and the state have to get involved now,” he demands. “Otherwise the announced goals are not tenable. And that would be the worst thing for the credibility of the entire industrial program.”

Russia has been the most important customer so far

On top of all these problems there is now the war in Ukraine. To date, Russia has been the most important customer of the French nuclear industry. Mycle Schneider, editor of the World Nuclear Industry Status Report, sees the items in the order books dwindling. Internationally, Russia was “the decisive, most aggressive promoter” of the construction of new nuclear power plants. And now suddenly this bottleneck has arisen. “In Finland, a project for a Russian nuclear power plant has already been officially canceled – and turbines for this nuclear power plant were to be delivered from France,” says Schneider.

In fact, the French Ministry of Economic Affairs even planned to take a 20 percent stake in the domestic turbine manufacturer in Belfort for the Russian company Rosatom. But that plan could now be shelved. France believed that its nuclear strategy was on the upswing. But the plans have gone haywire.