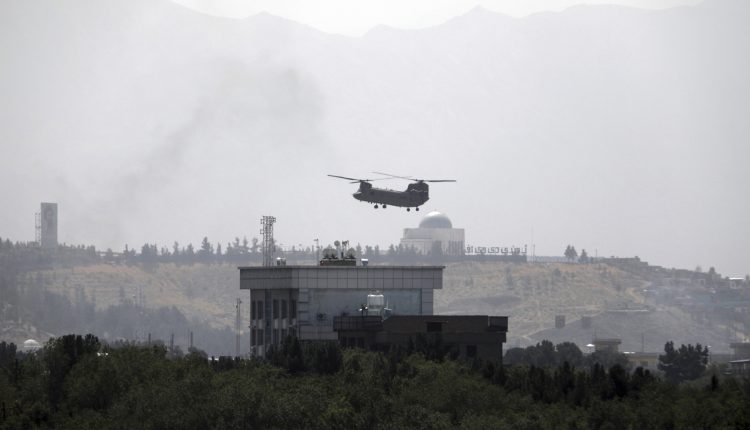 A year ago, the Taliban captured the Afghan capital Kabul. Thousands hoped for an evacuation. But many stayed behind – including former local Bundeswehr personnel.

Marcus Grotian was deployed as a Bundeswehr officer in Afghanistan for 222 days, most of the time in Kundus. Already on the second day of his stay there was an attempted bomb attack on the camp commander. “It was 400, 500 meters as the crow flies from me and I saw the detonation. A rocket fire also burned into my memory, where I saw the rocket fly past us.”

That was more than ten years ago, but he can’t get the images of war out of his head. In retrospect, Grotian says: Without the Afghan local forces, the task of the Bundeswehr would not have been possible.

The local workers were also needed as watchmen or kitchen help. That’s how it went for many years – until the hasty withdrawal last summer. Thousands of former aid workers are still stuck in Afghanistan, and Grotian still sees their situation as threatening. “You say from time to time: ‘It’s not like that all the people there were killed.’ But those who were killed – they don’t get in touch with me anymore either.”

“It was evacuated too late”

The 45-year-old is now on leave from the Bundeswehr and is concentrating on his job with the “Afghan local staff sponsorship network”. He is the chairman of the association, which keeps in touch with those affected via social networks and helps them to get to safety. It usually goes overland to Iran or Pakistan and then from there to Germany. The association has taken 334 people out of Afghanistan so far, says Grotian.

And the federal government? Critics accuse her of letting the local forces down. But the Greens MP Robin Wagener points to mistakes for which the previous government is responsible. “It was evacuated too late and that’s why people died.”

Many local workers from Afghanistan have to leave the country without the help of the federal government, despite the threat

Thousands are still waiting to travel

On the other hand, the new federal government had succeeded in getting many of those affected out of the country. According to the Federal Foreign Office, more than 23,000 Afghans at risk have made it to Germany: local staff, others in need of protection and close relatives. That’s almost three quarters of all those who had received an acceptance letter. But: Currently, more than 9,000 people are still waiting with such a commitment to leave Afghanistan.

The Federal Foreign Office attributes the fact that the departures are not progressing as hoped to the Taliban. The Islamists would currently prevent people without a passport from leaving the country. Passports are rarely issued in Afghanistan.

From the point of view of Union parliamentary group leader Johann Wadephul, it is unacceptable that so many local workers are still stuck in the Hindu Kush: “I believe that the Taliban are reacting to pressure. But the pressure must also be exerted.” The federal government is holding talks with those in power in Kabul. So far, however, without any tangible result.

Marcus Grotian from the sponsorship network calls for a concept for how Germany generally wants to deal with local workers. Also considering the difficult situation in Mali.

How Much Are Apartments in Los Angeles,…

The Kremlin: Any attack on the annexed…

In Algeria, the authorities order the…