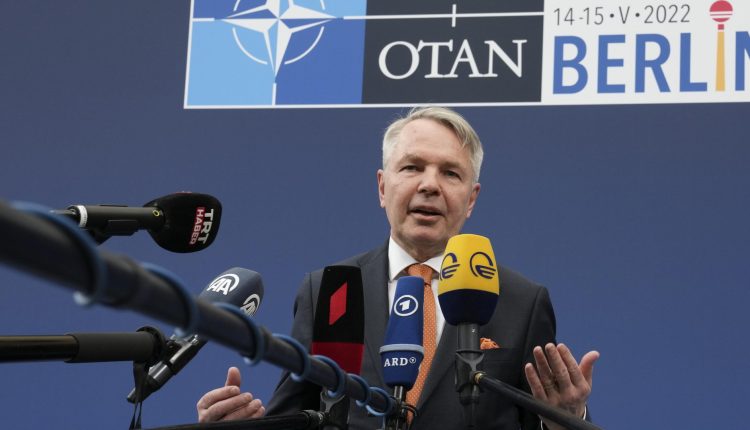 Too little harshness against Kurdish organizations like the PKK – that could become a stumbling block for Finland on the way to NATO. Foreign Minister Haavisto now wants to quickly dispel Turkey’s concerns.

The Finnish government has shown confidence that Turkish reservations about joining NATO can be allayed. “I am sure that we will find a solution to this matter,” said Foreign Minister Pekka Haavisto on the sidelines of a NATO meeting in Berlin. However, he cannot promise that a solution will be found quickly.

Later that evening he will meet with his Turkish colleague Mevlut Cavusoglu to clear up any inconsistencies. He had already called his “good colleague” Cavusoglu on Friday.

Statements by Turkish President Recep Tayyip Erdogan had shaken the accession plans, which had initially been conflict-free. Among other things, he said: “We are currently observing developments in Sweden and Finland, but we do not have a positive opinion on them.” Scandinavian countries are almost “guesthouses for terrorist organizations” like the banned Kurdish Workers’ Party PKK.

Foreign Minister Cavusoglu reaffirmed this position in Berlin. Sweden and Finland “openly” supported the Kurdish organizations PKK and YPG. The majority of the Turkish population is against the NATO membership of countries that “support these terrorist organizations”. Cavusoglu said it was “unacceptable” for Turkey if “friends and allies” supported Kurdish extremists. At the same time, he was open to discussing efforts to join NATO with the representatives of Helsinki and Stockholm.

The end of a long neutrality

In contrast, many other NATO countries praised and welcomed the Finnish and Swedish plans. Slovakian Foreign Minister Ivan Korcok expressed his belief that all NATO countries will support Sweden’s and Finland’s plans to join the alliance. Secretary General Jens Stoltenberg emphasized the military alliance’s close ties to the two Nordic countries.

Finland had announced that the country wanted to join NATO. It is expected that Sweden will follow suit on Monday. Both countries maintained neutrality for decades and were non-aligned in military matters. However, according to surveys, the Russian war of aggression against Ukraine caused the mood of the population to tip in favor of NATO membership. Finland has a border with Russia that is around 1,300 kilometers long.