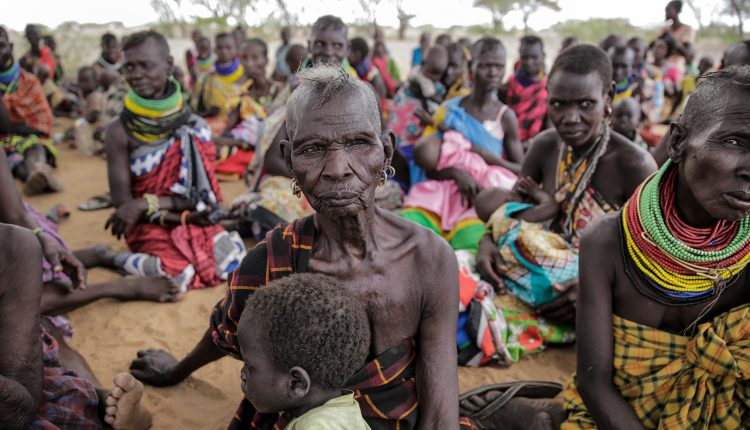 In the fight against hunger, the federal government wants to spend 880 million euros this year. The money should be used where some crises overlap. The Ukraine war is further exacerbating the emergency.

The federal government wants to provide 880 million euros this year to combat the global hunger crisis. A spokesman for Development Minister Svenja Schulze (SPD) confirmed that the funds have more than doubled and should be spent “where the need is greatest because different crises overlap”. First, the newspapers of the Funke media group reported about it.

The funds were distributed regionally to the countries that were severely affected by the Russian war of aggression in Ukraine and the consequences. This applies, for example, to the multi-year drought in the East African countries of Ethiopia, Sudan, South Sudan and Kenya.

Accordingly, states that are particularly suffering from the climate crisis and armed conflicts, such as the Sahel zone and countries in the Middle East, should also receive support. Countries like Lebanon are the main sanctuary for Syrian refugees and are themselves struggling with rising food prices. Tunisia and Egypt are also supported because they are heavily dependent on grain imports from Russia and Ukraine.

The sum made available is made up as follows: almost 590 million euros flow through the existing crisis instruments, 250 million euros through the special initiative “One World Without Hunger”. The core contribution to the World Food Program of the United Nations (WFP) will be increased by 42 million euros.

Chancellor Olaf Scholz (SPD) had promised the funds for the fight against global hunger – initially 430 million euros in March at a virtual meeting of the seven largest democratic industrialized countries (G7). In June at the G7 summit at Schloss Elmau, he promised a further 450 million euros, according to the ministry report.

Overall, the G7 states USA, Canada, Great Britain, France, Italy, Japan and Germany announced at the summit that they will allocate an additional 4.3 billion euros to fighting hunger this year. According to the Development Ministry, the German funds come, among other things, from the supplementary budget that has already been approved.

It’s about “helping people to help themselves,” emphasizes the ministry. It is important to make societies more crisis-proof in the long term. The priority is to strengthen the poorest part of the population, to expand the country’s own agriculture, to secure basic social services and to alleviate the social hardship of the price shocks.

“This money arrives and it ensures that the developing countries can become more independent,” said Development Minister Schulze to the Funke newspapers. More sustainable local cultivation is the best way to ensure that Russian President Vladimir Putin can no longer use wheat as a weapon.

According to the United Nations, around 50 million more people are starving as a result of the war. Ukraine and Russia are among the largest grain exporters in the world.

Lauterbach: “Reason for joy – but no all-clear”